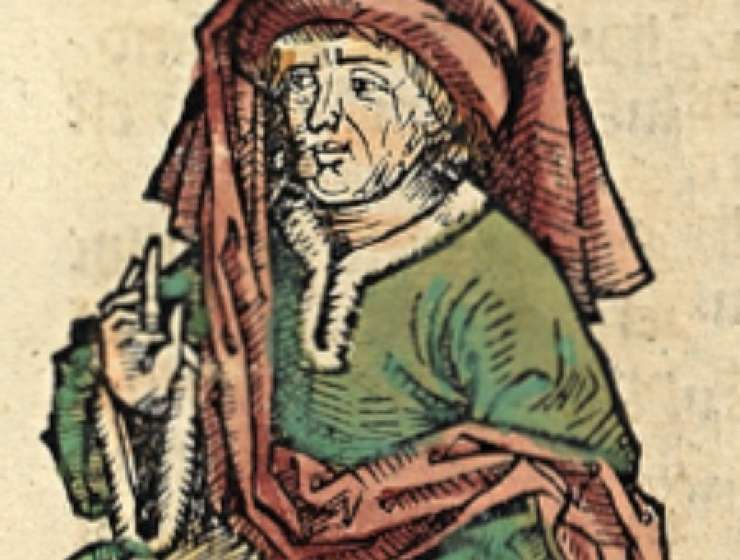 Zeno of Citium (c. 336 – 265 BCE) was the founder of the Stoic School of philosophy in Athens, which taught that the Logos (Universal Reason) was the greatest good in life and living in accordance with reason was the meaning of life. He was born in the Phonecian-Greek city of Citium on Cyprus in the same year that Alexander the Great ascended to the throne of Macedonia. His father was a merchant who traveled often to Athens, and Zeno, naturally, took up his father's profession. It is unclear whether Zeno studied philosophy in his youth but, around the age of 22, while stranded in Athens after a shipwreck, he picked up a copy of Xenophon's Memorabilia and was so impressed by the figure of Socrates that he abandoned his former life and made the study of philosophy his only interest.

It is alleged that Zeno said, “I made a prosperous voyage when I was shipwrecked”, and by this he meant that, prior to his coming to Athens, his life had no meaning. The discipline of philosophy gave Zeno a focus he seems to have lacked as a merchant, and he devoted himself to study and, more importantly, to living the values he absorbed from his teachers and the books he read. Professor Forrest E. Baird writes that Zeno "argued that virtue, not pleasure, was the only good and that natural law, not the random swerving of atoms, was the key principle of the universe" (505).

He was praised highly by the Athenians for his temperance, his consistency in living what he taught, and his good effect on the youth of the city. Zeno never seems to have been one to hold his tongue when he saw what he perceived as foolishness in the youths around him, and many of his remarks sound similar in tone to statements Diogenes of Sinope would have made. Unlike the "mad Socrates" of the Agora (as Diogenes was known), Zeno lived a life of traditional Athenian respectability, while refusing to compromise his principles for what society valued.