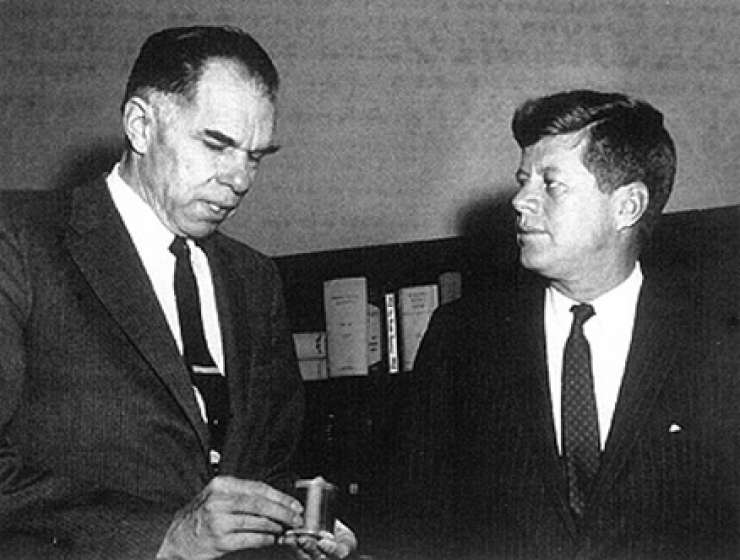 1
236
0
The life and contributions to the periodic table of Glenn T. Seaborg, the first person to have an element named after him while he was still alive
Chemistry

Glenn Theodore Seaborg was born in Ishpeming, on Michigan’s Upper Peninsula, in the United States, on April 19, 1912. His parents were Swedish Americans, and he spoke Swedish before he spoke English. He was proud of his Swedish heritage for his entire life. Ishpeming was rural. It has a cold climate similar to that of Sweden, which is why Seaborg’ paternal grandfather and mother each moved there from Sweden. The snow was so high in winter that he skied out of the second story window of his modest house. In his 10 years in Ishpeming, he never talked on the phone or heard the word “radio”. He never forgot his roots in Ishpeming, and visited it throughout his life.

The Seaborg’s friends Bob and Ruth Engstroms had moved to Southern California and wrote a letter urging Glenn’s parents to join them. Glenn’s mother wanted to move to California because she thought it would give her children more opportunity. Glenn had one sibling, a younger sister, Jeanette. Glenn and Jeanette are shown when Glenn was four years old in Fig. 1. The Seaborgs moved to South Gate, a suburb of Los Angeles, in 1922, when Glenn was ten. Bob Engstrom was a carpenter and helped them build their house.

Story Continues
degruyter.com
What Do You Think Of That Genius?