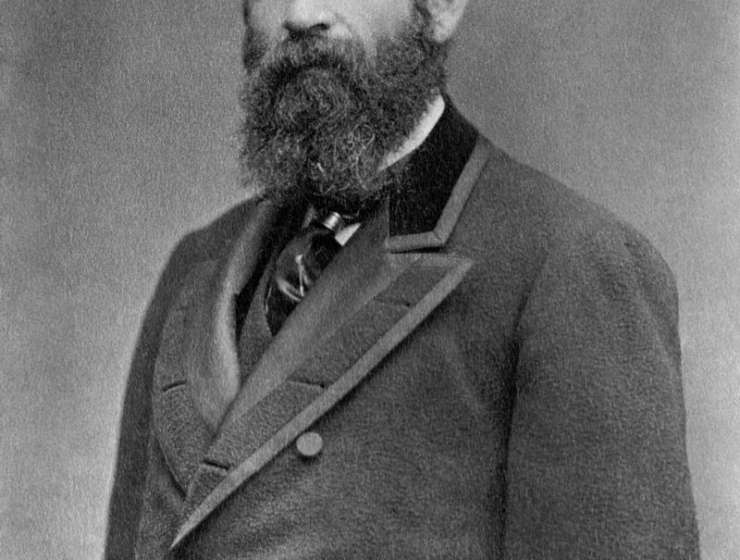 He was the quintessential nineteenth century Robber Baron. One writer called him “The Mephistopheles of Wall Street.” A newspaper editor branded him “one of the most sinister figures that have ever flitted bat-like across the vision of the American people.” He even proclaimed himself “The Most Hated Man in America.” And even though his notoriety stemmed largely from his manipulations of America’s financial markets, the legend of Jay Gould actually began in the wilderness of northeastern Pennsylvania.

In few individuals’ careers has legend so readily mingled with fact. Jay Gould’s infamy was well-enough deserved; he was ambitious, aggressive, avaricious. But neither was he cupidity incarnate, his life a succession of cold-blooded financial chica­neries. Nowhere is this melding of fact and legend, of guilt and innocence, better illustrated than in Gould’s four-year sojourn in Pennsylvania, a period marked by suicide, charges of embezzle­ment, and the Battle of Gouldsboro.

The earliest American forebears of the Gould line emigrated from England to Connecticut in 1647. Jay Gould’s ancestors in­cluded shipping merchants, public officials, and a Revolutionary War hero, Col. Abraham Gold. (The family changed the spelling of its surname to Gould in the late eighteenth century.) Colonel Gold, Jay Gould’s great-grandfather, married Elizabeth Burr in 1754, and the Gould family tree, ironically, intersects with that of Aaron Burr, another whose reputation has been tainted.

Story Continues
paheritage.wpengine.com
What Do You Think Of That Genius?