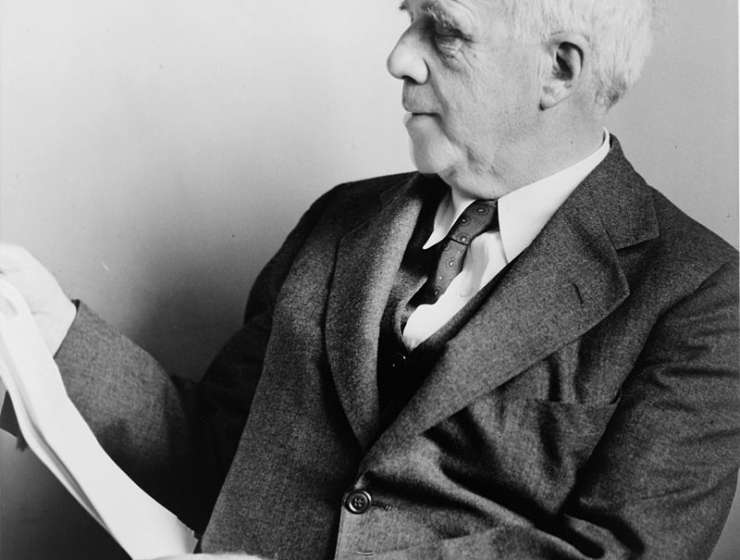 This week in 1924, a Pulitzer Prize was awarded to Robert Frost. Robert Frost is one of the most recognized American poets of the 20th century. Although he wrote in traditional forms, his language and themes, such as doom or the solitude of humans in nature or society, were very innovative for his time. He was celebrated as an important American poet during his life, winning a total of four Pulitzer Prizes. Robert Frost served as U.S. Consultant in Poetry 1958-1959.

Many people consider Robert Frost a traditional poet, largely because of the New England setting of many of his poems and his tendency toward simple, clear language and images. In his own significant ways, however, Frost was an innovator, known for his desire for finding “old ways of being new.” His work continues to be studied in classrooms more than 100 years after they were written. Robert Frost’s first published poem, “My Butterfly,” appeared on November 8, 1894, in the New York newspaper The Independent.

Take a look at this article written by Reginald A. Cook, a personal acquaintance of Robert Frost, author of The Dimensions of Robert Frost and director of the Bread Loaf School of English. Here he traces Frost’s development in subject matter, viewpoint, method, and tone.

Story Continues
ncte.org
What Do You Think Of That Genius?