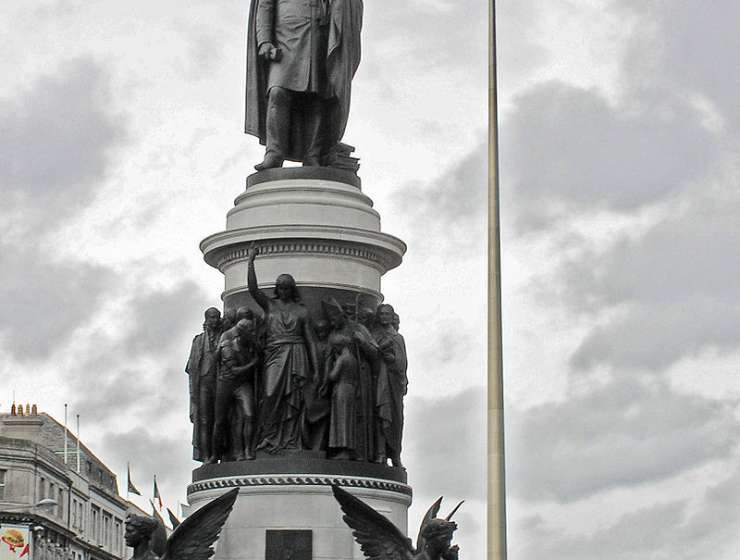 On 23 May 2011, President Obama made an historic visit to the Republic of Ireland. While in Dublin, he addressed the people in College Green. In his opening comments, Obama joked about having returned to his ancestral home “to find the [O’] apostrophe that we lost somewhere along the way.”

The bulk of his speech paid tribute to the long-established relationship between the United States and Ireland, with the President acknowledging America’s debt to Irish immigrants. However, he paid particular tribute to one Irishman who had never set foot on American soil, Daniel O’Connell, saying:

When we strove to blot out the stain of slavery and advance the rights of man, we found common cause with your struggles against oppression. Frederick Douglass, an escaped slave and our great abolitionist, forged an unlikely friendship right here in Dublin with your great liberator, Daniel O’Connell. His time here, Frederick Douglass said, defined him not as a color but as a man. And it strengthened the non-violent campaign he would return home to wage.

Story Continues
irishamerica.com
What Do You Think Of That Genius?