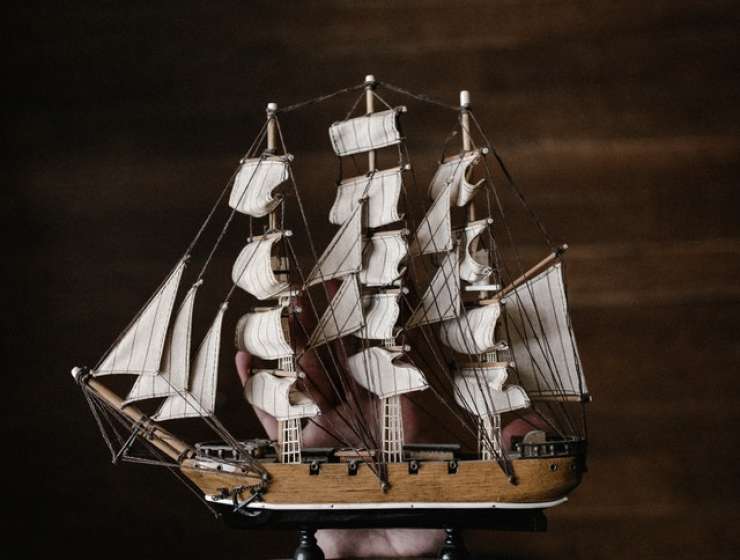 1
245
0
The Idiot as Artist: The Fantasy Boats of James Henry Pullen
Art

Isambard Kingdom Brunel's Great Eastern, nearly 700 feet long and over 100 feet wide, was designed to carry 4,000 passengers from London to Bombay without stopping. Launched in 1859, the ship exemplified the Victorian fascination with technology. The Illustrated London News reminded readers that it was ‘nearly three times the length of the Great Western – the giant of 1838 having become the pigmy of 1857’. A series of reportage photographs taken for the London Illustrated Times by Robert Howlett (1831–58) underscores its physical presence, workmen and top‐hatted administrators appearing as Lilliputians beside the ship's looming hull.

Indeed, much of the language surrounding the Great Eastern gestured towards a world more imaginative than scientific. The Illustrated London News looked to Milton's Paradise Lost to describe the cavernous interiors of ‘that mighty vessel, “hugest of all that swim the ocean deep”’, the unacknowledged quotation also an oblique allusion to the ship's original, biblical name, SS Leviathan. Such porous relationships between fact and fantasy have led Douglas R. Burgess Jr. to characterize the Victorian steamship, with reference to the spectacular magic lantern shows of the period, as ‘a phantasmagoria of science and showmanship’, a term that also inevitably also evokes the steamship's status as emblem of nineteenth‐century capitalistic culture.