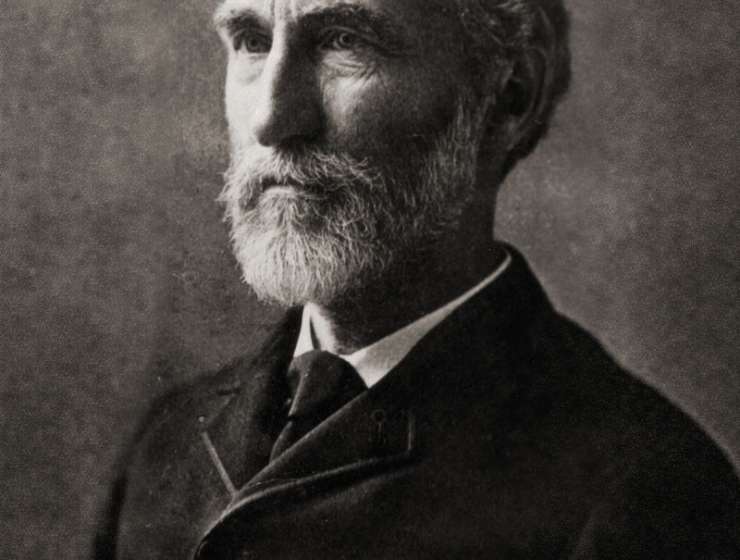 When Josiah Willard Gibbs died in 1903, a European physicist described him as “the greatest synthetic philosopher since Newton.” And this was before scientists really understood the full importance of his work.

Admirers have since given Gibbs’s name to a crater on the moon, a US Navy research vessel (now retired), and an annual medal honoring the world’s most eminent chemists. Yale, the place to which Gibbs devoted his life, also honored him. In 1955 it opened the J. W. Gibbs Research Laboratories on Science Hill. But the lab became badly outdated (and leaky in wet weather). It has been demolished to make way for a new science building, with advanced labs and instruments, designed as an interdisciplinary hub for biology and the physical sciences.

From the aesthetic point of view, Gibbs Lab isn’t considered much of a loss. (Vincent Scully ’40, ’49PhD, a Sterling Professor of Art History emeritus, has called it “banal and rather tacky late modernism.”) And Gibbs’s name will still be memorialized on campus. A plaque near Berkeley College marks the site where his house once stood. A plaque from Gibbs Lab has been preserved and will become part of a memorial in his honor. A walkway connecting Sloane Physics Laboratory and Sterling Chemistry Laboratory will be named for him. But the demolition of the lab demands a moment of reflection on Gibbs and what he accomplished—all the more necessary because most laypeople barely know his name, let alone his work.

Story Continues
yalealumnimagazine.com
What Do You Think Of That Genius?