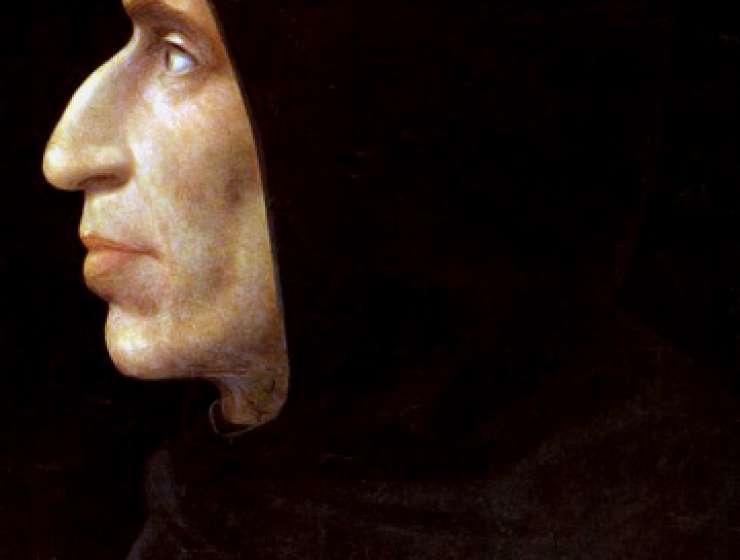 Surrounding the base of the Luther monument in Worms, Germany, sit the four forerunners of the Protestant Reformation — Jan Hus, John Wycliffe, Peter Waldo, and Girolamo Savonarola. They could not have more different personalities, yet each inspired Luther’s reforms in his own way. Luther found Savonarola personally inspiring: as Luther traveled to the Diet of Worms in 1521 to stand trial — after burning the papal bull that excommunicated him — he carried on his person a picture of the Dominican friar.

As Luther faced the possibility of death in Worms, perhaps he compared his own life to Savonarola’s: with a prophetic voice, Savonarola had condemned the Roman church’s corruption. His conflict with the pope climaxed in his excommunication and execution by fire. Luther was likewise excommunicated for his complaints against papal abuses. And though Luther escaped his own death sentence, he found a particular resonance with Savonarola; two years after hiding away in Wartburg Castle, Luther published Savonarola’s prison meditations on Psalms 51 and 31 and praised him as “that godly man of Florence.”

Story Continues
desiringgod.org
What Do You Think Of That Genius?