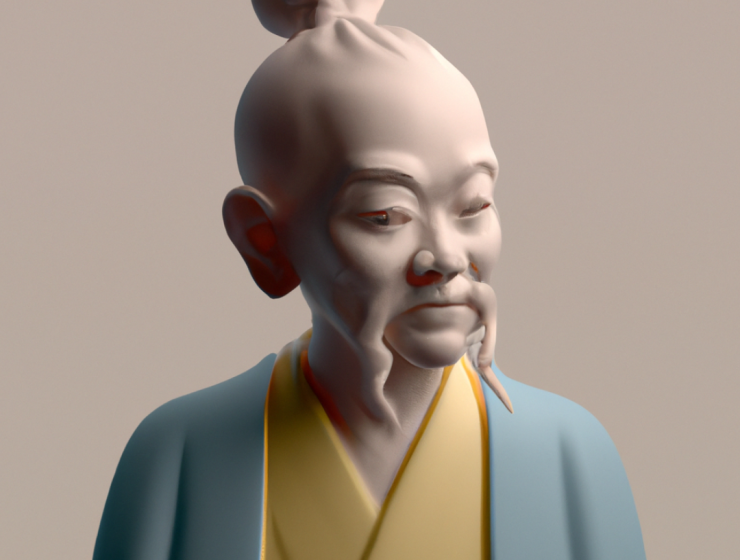 1
32
0
The Childhood of Confucius: A Look at the Early Life of the Famous Philosopher
philosophy

Confucius is a name that is known around the world as a symbol of wisdom and philosophical insight. His teachings have shaped Chinese culture and society for thousands of years, and his influence is still felt in the boardrooms, bedrooms, and classrooms of nearly a quarter of humanity. But who was Confucius as a child? What experiences and struggles shaped his worldview and philosophy?

According to tradition, Confucius was born in 551 BCE in the state of Lu (present-day Shandong province) to a relatively poor family. His father died when he was young, and Confucius was raised by his mother and older brother. Despite his family's financial struggles, Confucius is said to have been a bright and curious child, and he is said to have excelled in his studies.

Confucius was particularly interested in the classics and is said to have spent much of his time studying and learning from the great philosophers of the past. He was deeply committed to improving his education and advancing his knowledge, and he worked hard to overcome the challenges he faced.

One of the most influential figures in Confucius' early life was his mother, who is said to have been a strong and loving influence. According to tradition, she instilled in him a sense of compassion and responsibility, and she encouraged him to be kind and respectful to others. These values would later become central to Confucius' philosophy and teachings.

In addition to his studies and his relationship with his mother, Confucius is also said to have had close relationships with his brother and other members of his family. These relationships likely played a significant role in shaping his worldview and his understanding of social and family dynamics.

Despite his intelligence and ambition, Confucius faced many challenges in his early life. He lived in a time of great political and social turmoil in China, and he struggled to find his place in the world. However, he remained determined to succeed and is said to have worked hard to improve his education and advance his knowledge.

One of the most enduring mysteries surrounding Confucius' childhood is his relationship with the ruling class of his time. Despite his reputation as a wise and respected philosopher, Confucius was never able to attain the political power and influence he sought. Some accounts suggest that he was rejected by the ruling class, while others claim that he simply refused to compromise his principles in order to gain their favor.

Whatever the case, it is clear that Confucius' early experiences and struggles played a significant role in shaping his worldview and his philosophy. His emphasis on education, self-improvement, and compassion can be traced back to the values and lessons he learned in his childhood and early life.

As Confucius grew older, he began to travel and spread his teachings throughout China. He is said to have had a number of close relationships with students and colleagues, and these relationships likely played a significant role in shaping his ideas and teachings. Confucius is best known for his collection of sayings and teachings known as The Analects, which was compiled by his followers after his death. However, it is believed that he wrote other works as well, and some of these writings have been lost or destroyed over time.

Despite the many gaps in our knowledge, Confucius' influence on Chinese culture and society is undeniable. His teachings on harmony, social order, and responsibility have had a profound impact on the way people live their lives and relate to each other, and his ideas continue to be studied and debated by scholars around the world.

In conclusion, while much of Confucius' childhood and early life remains shrouded in mystery, it is clear that he was a bright and ambitious young man who was deeply interested in learning and self-improvement. His early experiences and struggles would later shape his teachings and philosophy, and his legacy continues to be felt around the world.