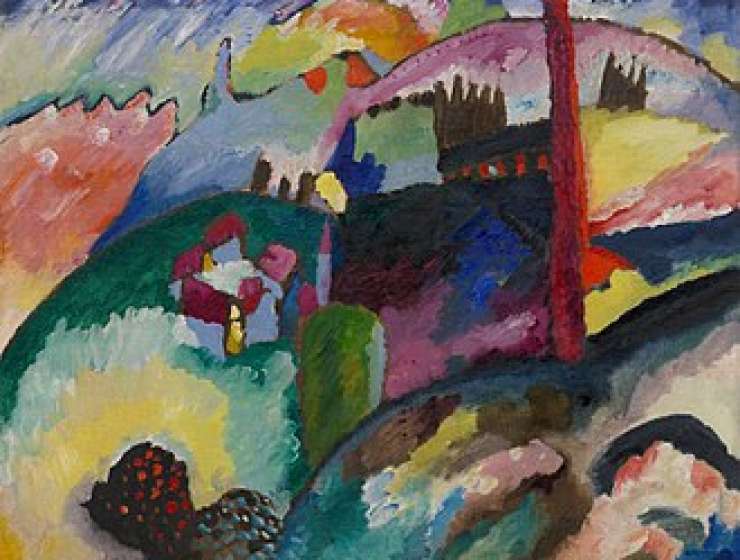 One of the pioneers of abstract modern art, Wassily Kandinsky exploited the evocative interrelation between color and form to create an aesthetic experience that engaged the sight, sound, and emotions of the public. He believed that total abstraction offered the possibility for profound, transcendental expression and that copying from nature only interfered with this process. Highly inspired to create art that communicated a universal sense of spirituality, he innovated a pictorial language that only loosely related to the outside world, but expressed volumes about the artist's inner experience. His visual vocabulary developed through three phases, shifting from his early, representational canvases and their divine symbolism to his rapturous and operatic compositions, to his late, geometric and biomorphic flat planes of color.

Wassily Kandinsky was born on December, 16th, 1866 in Moscow, in a well-established family of a businessman and in a very good cultural environment. In 1871 the family moved to Odessa where his father ran his tea factory. There, alongside with attending a classical gymnasium, the young Kandinsky learned to play the piano and the cello and took drawing lessons with a teacher. "I remember that drawing and a little bit later painting lifted me out of the reality", he wrote later on. In Kandinsky's works of his childhood period we can find rather specific color combinations, which he explained by the fact that "each color lives by its mysterious life". Kandinsky’s parents saw him in the future as a lawyer. In the year of 1886 he went to Moscow and entered Law Faculty of Moscow University.

Later on Kandinsky recollected two events, which had affected this decision to be a painter: his visiting an exhibition of the French impressionists in Moscow in 1895 and an emotional shock he experienced from Monet's, "Haystacks", and an impression of Richard Wagner's "Lohengrin" at the Bolshoi Theatre.

Story Continues
artwizard.eu
What Do You Think Of That Genius?