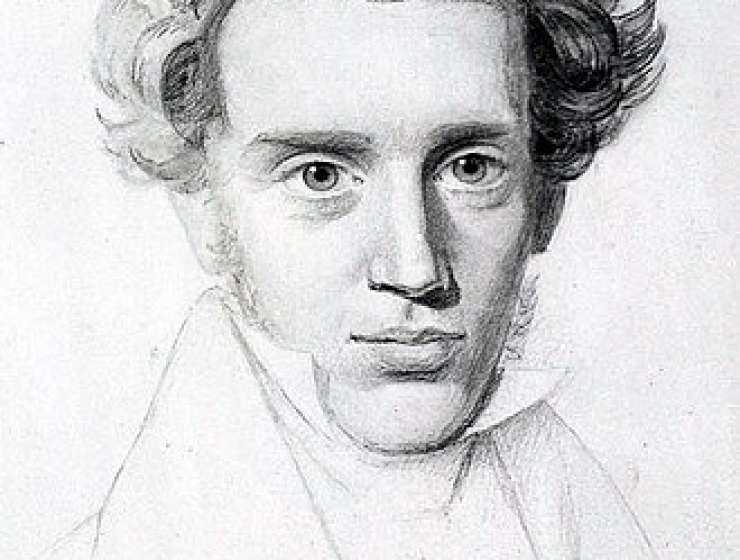 Søren Kierkegaard (1813–55) thought, wrote and lived as both a philosopher and a spiritual seeker.  His century saw the growth of modern universities, and an increasing professionalization of intellectual labour. During the 1830s Kierkegaard was a theology student at the University of Copenhagen, where he received a broad education, discovering Romanticism and German Idealism as well as studying Christian theology and biblical exegesis.  Yet he criticized academic philosophy as an abstract, overly rationalistic approach to the deep questions that arise from the human condition.

In 1835, he wrote in his journal, “I still accept an imperative of knowledge, through which men may be influenced, but then it must come alive in me, and this is what I now recognize as the most important of all. This is what my soul thirsts for as the African deserts thirst for water. This is what I need to live, a completely human life and not merely one of knowledge”.  Displaying the profound influence of Socrates on his intellectual formation, he added that “a man must first learn to know himself before knowing anything else”.  His first substantial work, completed in 1840, was his graduate dissertation On the Concept of Irony With Continual Reference to Socrates, and Socrates remained Kierkegaard’s chief philosophical inspiration until his death in Copenhagen’s Royal Hospital at the age of forty-two.