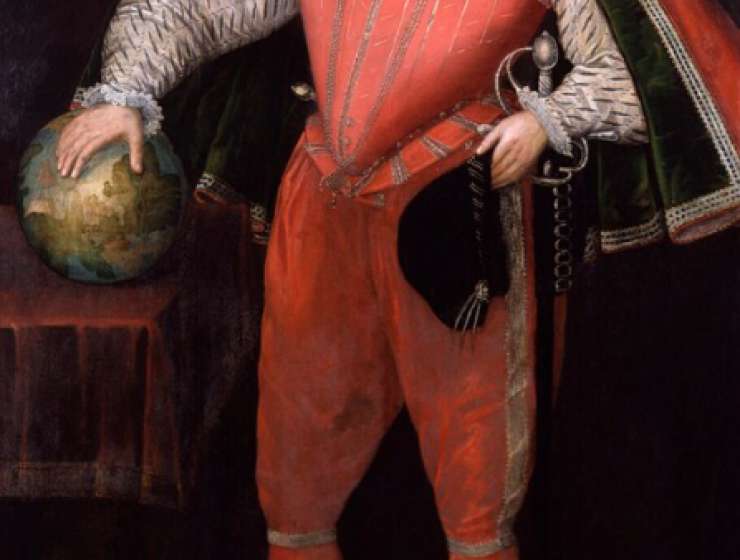 1
333
0
Sir Francis Drake: The Once and Future Pirate
History

Sir Francis Drake, a highly successful plunderer of Spanish treasure and the first Englishman to circumnavigate the earth, has long been associated with some of the most heroic episodes of English history. His successes brought him fame and wealth, and he was knighted by Queen Elizabeth I even though he was not of noble birth. Drake terrified his Spanish enemies with surprise attacks and raids, and many citizens of the Caribbean colonies thought El Draque was the fiercest pirate captain they ever faced. Myths about Drake abound, such as his determination to finish his game of bowls before setting out to defeat the Spanish Armada or sending a cannon ball through the earth to prevent his wife from remarrying when she assumed he had died at sea after he had been absent for several years. The mystery surrounding his aquatic burial place led to all sorts of King Arthur-esque myths about his dying promise to respond to the beat of his drum should England ever have need of his protection. Every myth holds a grain of truth and says something significant about English society. Sir Francis Drake represents the quintessentially English qualities of Protestantism, patriotism, gentlemanly conduct, and confidence. He is intrinsically connected to English national identity, which is inherently tied to maritime achievements as the British Empire could not have been built or maintained without the Royal Navy.

Story Continues
pilotscholars.up.edu
What Do You Think Of That Genius?