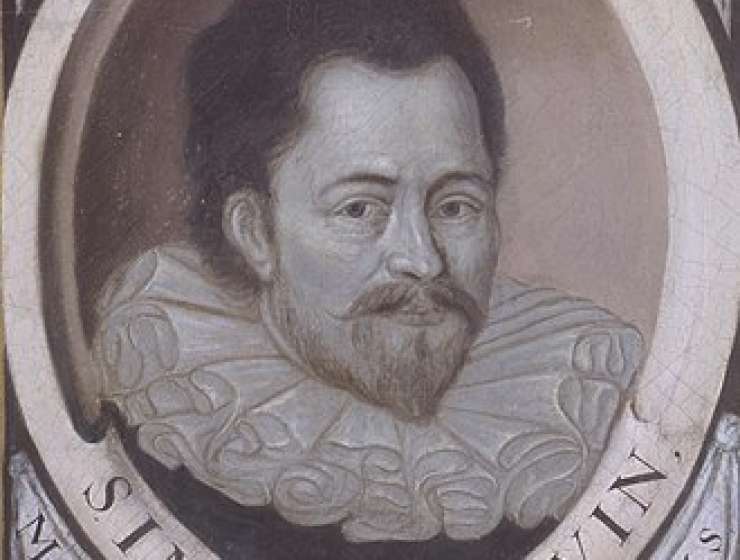 Bruges engineer and mathematician Simon Stevin (1548-1620) is sometimes called the Leonardo Da Vinci of the Low Countries, for he is responsible for many revolutionary discoveries in physics, architecture, mathematics and linguistics.

Simon Stevin is best known for his introduction of decimal fractions, which later led to the establishment of the decimal system of weights and measures. But he was also the brains behind many technical inventions, of which the 28-passenger sailing chariot he built for use on the seashore was probably the best known to his contemporaries.

For those less familiar with Simon Stevin, he was born in Bruges in 1548, the illegitimate child of Anthuenis Stevin and Catelyne vander Poort. Recent research indicates his father may have been the youngest son of a mayor of Veurne. His mother was from a burgher family from leper (Ypres) with Calvinist leanings; she later married a merchant involved with the carpet-weaving and silk trades. Very little is known of Stevin’s youth and education. His first job was in Antwerp as a bookkeeper and cashier in one of the city’s trading houses, where he became acquainted with business practice and methods. In 1577 he accepted a post with the financial administration of the Brugse Vrije, the region around the city of Bruges. A few years later we find him registered in Leiden, in the present-day Netherlands. Exactly why he emigrated to the North is not known; perhaps he disliked the Spanish oppression of the southern part of the Low Countries, or he may have had Protestant sympathies. In 1583 Stevin’s name appears on the roll of the newly-founded University of Leiden, where the young Prince Maurits of Orange was attending courses.

Story Continues
the-low-countries.com
What Do You Think Of That Genius?