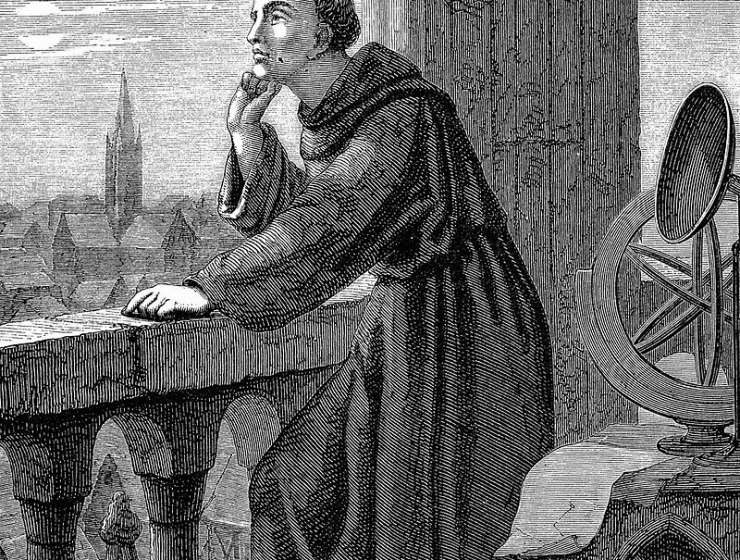 Roger Bacon is something of an enigma. He has been called many things – ‘Britain’s first scientist’, ‘wonderful doctor’, ‘conjurer’ and ‘magician’. Many of the details of his life are uncertain and they have been discussed and argued about by scholars for centuries. He is generally thought to have been born in Ilchester, Somerset, around 1214, although some authors have put his date of birth as late as 1220. There is good evidence that he was in Paris in 1245 and 1251, but it is uncertain if he ever actually studied in Oxford. If he did, he would have met Robert Grosseteste, often described as Oxford University’s first Chancellor (although his role is better described as ‘master of students’ (magister scholarium).

Bacon’s entry into the Franciscan order, plausibly in 1257, is also conjectural; but it is clear that his relationship with the Franciscan hierarchy was, at times, rather stormy.1 He was openly critical of some of their values and beliefs and it was not surprising that they sometimes tried to muzzle him. Again the details of his alleged ‘imprisonment’ are unclear.