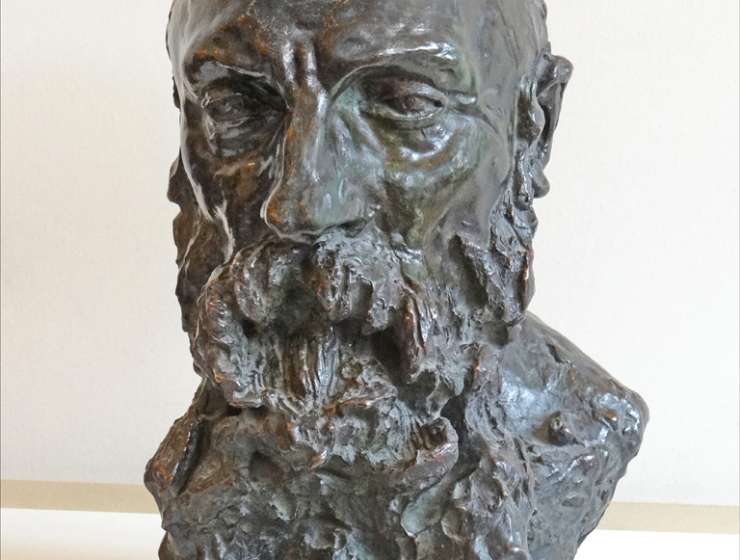 Who decides when a work of art is finished? An initial reaction may have you saying that the answer is the artist, but what happens when the final product of the artist goes against preconceived public notions of what constitutes “complete”? Auguste Rodin, a French artist who worked in the late 19th and early 20th centuries, was more interested in rough, blemished representations of the human body than idealized forms. He painstakingly immersed himself in his projects, sometimes spending years in order to develop a work of art, regardless of the public’s response. His sculpture was often judged harshly by the public and by critics (sculpture was in some ways a more conservative tradition than painting).

Like a painter who reworked an old canvas, Rodin had a penchant for reusing old molds and reworking his earlier ideas. While this was not uncommon among artists, Rodin would continue to alter an existing form until it developed a new identity and a new narrative. Rodin transformed a major work, a bronze sculpture—over the course of two decades—and titled it, The Walking Man.