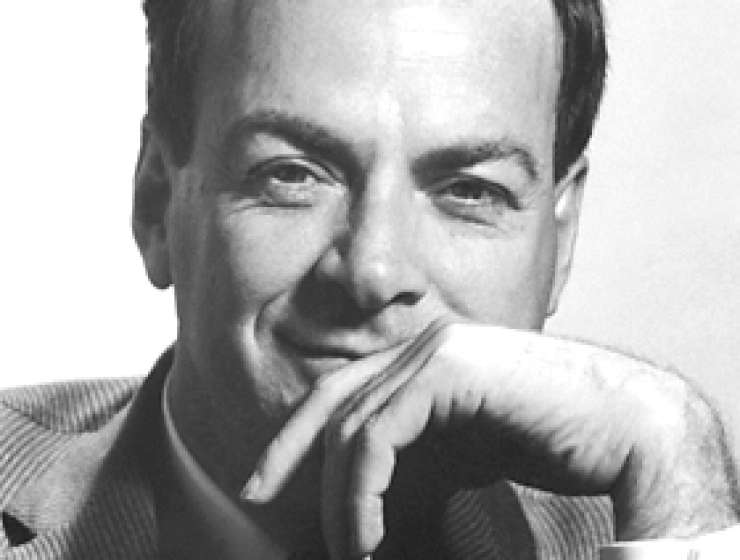 A pre-eminent twentieth-century physicist and a Nobel laureate: Richard Feynman was certainly those. He was also much more. As the centenary of his birth rolls around on 11 May, a look at his scientific and cultural legacy recalls his restless multidimensionality. His popular books shattered readers’ preconceptions of scientists as lab-coated nerds and replaced them with a hipper image of a wild non-conformist; his scholarly tomes introduced researchers to revolutionary methods of grappling with modern physics.

Feynman was a master conjuror of physics. A mathematical whizz with exceptional intuition, he seemed to pull solutions out of thin air. He crafted a lexicon for particle interactions: iconic squiggles, loops and lines now known as Feynman diagrams (see D. Cressey Nature 489, 207; 2012). His Nobel-prizewinning work on quantum electrodynamics included methods that even he saw as a sleight-of-hand for removing infinite terms from calculations. Yet, his results — equivalent to more systematic, rigorously expounded mathematical techniques independently proposed by co-laureates Julian Schwinger and Sin-Itiro Tomonaga — matched atomic-physics data beautifully.

Decades before his 1965 Nobel Prize, Feynman was already a legend of the Manhattan Project at Los Alamos, New Mexico, where he helped develop the atomic bomb. His colleagues and supervisors, including scientific director J. Robert Oppenheimer and head of the theoretical division Hans Bethe, were stunned by his computational abilities.