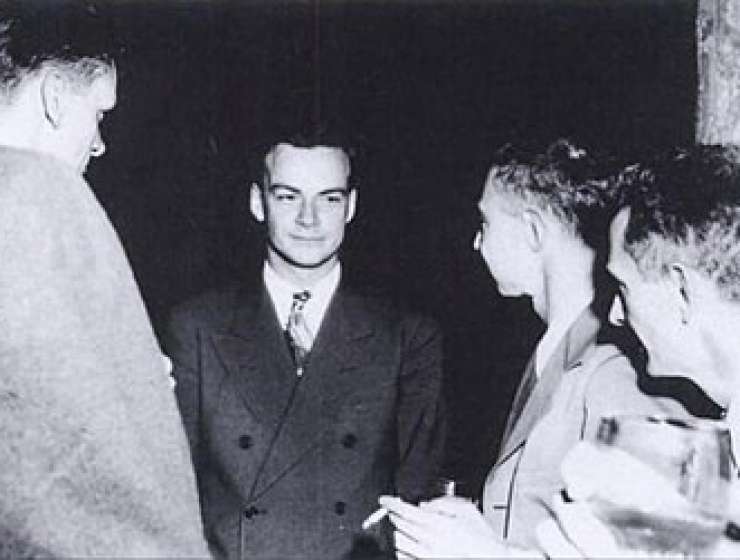 “Energy is eternal delight,” the poet and painter William Blake declared, and the consummate physicist Richard Feynman — born in May 1918 — embodied that credo as far as a human being can in his allotted earthly span. The modern world is sometimes called disenchanted, denuded of magic, because science has annihilated the invisible homeland of the spirits, where angels, demons, and God himself were believed to dwell. But Feynman spoke unabashedly of the wonders and miracles to be found in nature as modern science describes it; the physical world enchanted him because it gave him so much to think about. His mind cavorted as he unlocked some of nature’s most daunting puzzles. The quantum world with its intricate bizarrerie, which upended the established order of classical physics indisputable since Newton, flummoxed an intelligence as monumental as Einstein’s. But Feynman made himself comfortable there, as though it were his native habitat.

The secrets Feynman uncovered of the infinitesimal clarified the world of objects we can see and feel. He was a signature contributor to the theory of quantum electrodynamics (QED), describing the interaction of subatomic particles with light. From QED, one could derive “the basic rules for all ordinary phenomena except for gravitation and nuclear processes,” as he explained in his Lectures on Physics, the text of the two-year introductory course he taught at Caltech in the early 1960s:

… out of quantum electrodynamics come all known electrical, mechanical, and chemical laws: the laws for the collision of billiard balls, the motions of wires in magnetic fields, the specific heat of carbon monoxide, the color of neon signs, the density of salt, and the reactions of hydrogen and oxygen to make water are all consequences of this one law.

Story Continues
thenewatlantis.com
What Do You Think Of That Genius?