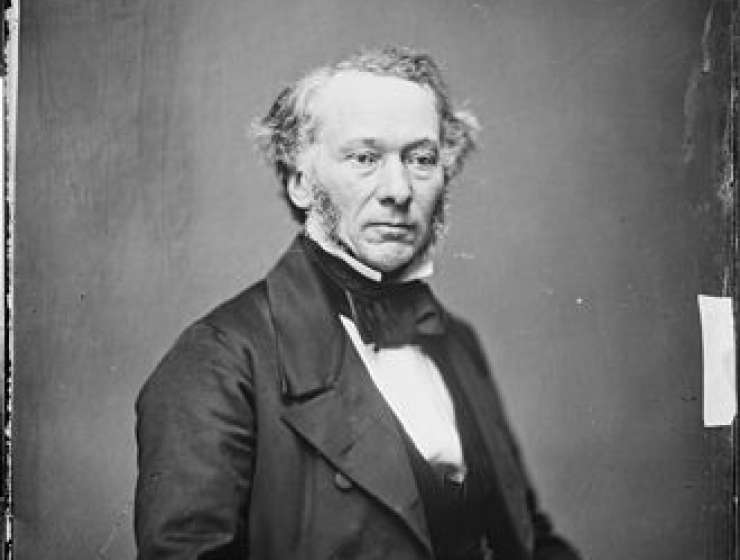 This year marks the one hundred and fiftieth anniversary of the death of the great Victorian politician and ‘sage’, Richard Cobden, born in 1804, who died on 2 April 1865. Once a name familiar to every school-child, the prophet of ‘free trade, peace, and goodwill’ is now all but forgotten save among professional historians but he has spawned a diverse political legacy. On the one hand, his name, so strongly associated with free trade and the Repeal of the Corn Laws in 1846, can be vicariously linked with any subsequent free trade movement, for he loudly proclaimed the virtues of the free market, and ‘the unsoundness of any & every action that is incompatible with the most perfect freedom of trade’. From this it is a short step to Cobden’s becoming the prophet of globalization, and linking him with the full panoply of neo-liberal values enshrined in today’s institutional structure of world trade.

Similarly, his negotiation of the fabled ‘free trade’ Anglo-French (‘Cobden-Chevalier’) commercial treaty of 1860 proved a step towards the Victorian ‘Common Market’, so it is not implausible to link Cobden with moves towards the creation of a European Union; indeed in the 1930s, his old home Dunford House in Sussex was the venue for the first conference in Britain to advocate a ‘United States of Europe’ while the ‘father of Europe’, Jean Monnet, significantly perhaps, grew up in rue Cobden in Cognac. Cobden’s economic beliefs have also often been linked with ‘sound money’, ‘balanced budgets’, minimal state expenditure, and the retreat of the state from all areas of the economy, from which perspective he looks a paragon of Thatcherism, and is still admired by the free market Right in the Conservative party and among libertarians in the United States. There too his name survives in protectionist circles, where critics of freer trade policies in the 1990s asked ‘Is Clinton Cobden?’ Cobden may also in this context be seen as the advocate of looser economic arrangements in Europe, favouring economic but not federal links between European states of the sort the 1860 treaty fostered, and as were embodied more widely in the General Agreement on Tariffs and Trade after the Second World War.