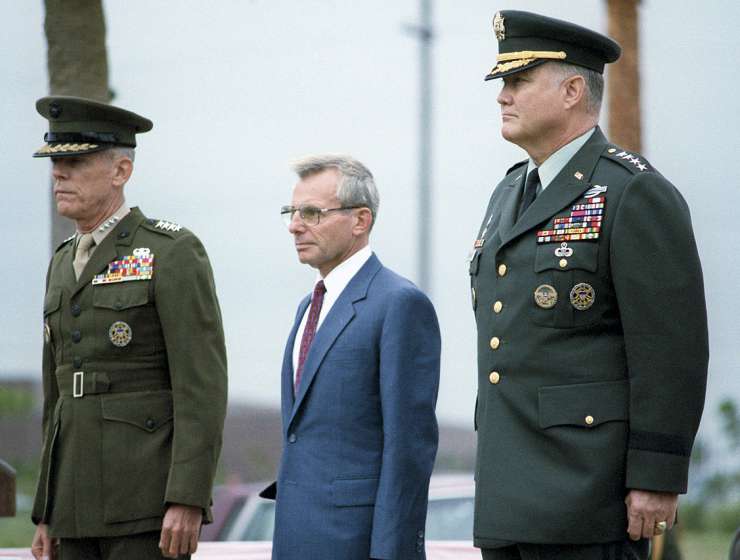 I always wore two watches during the [Gulf] war. The one on my left arm was set on Saudi Arabian time and the Seiko on my right arm was set on Eastern Standard Time. That way I could quickly glance at my watches and instantly know the time in both Saudi Arabia and Washington, D.C. Sincerely, H. Norman Schwarzkopf General, U.S. Army, Retired.” Words from recently departed General Norman Schwarzkopf in a letter to the Antiquorum auction house in the late 1990s when he donated one his watches for a charity auction.

The watch was a Seiko SKX009 diver and was on his wrist for at least the entirety of the early 1990s Gulf War. According to the letter and many images from the time, General Norman Schwarzkopf indeed “double wristed it” with a watch on each wrist. Mark of a true watch guy? At auction, the Seiko which can be purchased new for about $200 today went for $11,000.

Story Continues
ablogtowatch.com
What Do You Think Of That Genius?