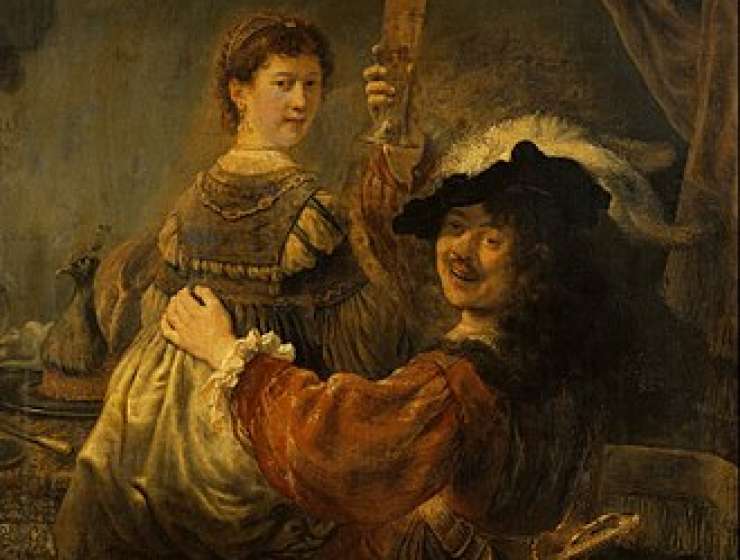 Had you traveled through any major city in the Netherlands this year, you would likely have met the piercing gaze of a rather startling face. The wild-haired, wide-eyed character who greeted you from street signs, store windows, magazine covers and chocolate boxes is Rembrandt van Rijn (1606-69), master painter of the Dutch Golden Age. Rembrandt's incomparable art has always been a major selling point for Dutch tourism, but his self-portrait was everywhere in 2006 because Hollanders were celebrating the 400th birthday of their nation's most famous artist. In fact, Rembrandt 400, a yearlong national event under the patronage of Queen Beatrix, touched off a worldwide celebration involving museums and cultural institutions from Krakow to Melbourne. Among American institutions taking part is the National Gallery of Art in Washington, D.C., where "Strokes of Genius: Rembrandt's Prints and Drawings" will be on view through March 18, 2007.

All this attention reflects our enduring fascination with an artist whose works remain as moving and meaningful today as they were four centuries ago. Rembrandt is appreciated both for his expressive technique and his ability to capture the emotional heart of any character or story. His subject matter ranges from the biblical past to the people and places around him, but the central motif of his art—and a major reason his work continues to speak to us centuries after his death—is the human figure, rendered with sensitivity both to the telling imperfections of surface appearance and to the turbulence of the spirit within.

There is little doubt that Rembrandt would have approved of the current use of his own distinctive face as a marketing tool. He painted, etched and drew some 70 self-portraits, more than any other well-known artist of his time. By making his face the centerpiece of his art, he engaged in a uniquely personal means of self-marketing. Dressed in costume or assuming provocative poses, he played roles ranging from beggar and prodigal son to courtier and Oriental potentate. In small prints from his early years, he mugged in a mirror and sketched the results to teach himself the art of depicting emotion. Later in life, in closely observed paintings such as his warts-and-all Self-Portrait of 1659, he unflinchingly recorded the marks of time and experience. These works found their way into collections all over Europe, helping to make Rembrandt the most widely known Dutch artist of the 17th century.