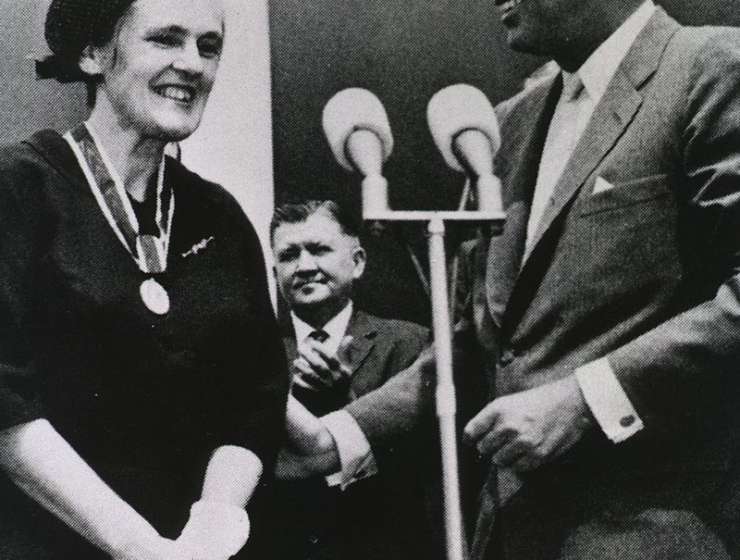 That Dr. Frances Oldham Kelsey saved countless lives and prevented numerous physical deformities of infants and children is a remarkable accomplishment in any career. More remarkable still is the fact that she accomplished this feat not through the discovery of a cure, the development of an innovative surgical procedure, or the invention of a life-saving device. Rather, it was Dr. Kelsey's professional behavior—her unwillingness to compromise the priorities of patient health and safety—that single-handedly averted an appalling tragedy nearly thrust upon an unsuspecting American public.

In September 1960, Dr. Kelsey was a newly appointed member of the Food and Drug Administration (FDA). Her very first assignment was to review the application for the drug Kevadon. Synthesized in 1954 and introduced to the market on October 1, 1957 in West Germany, the drug—known there by the name Thalidomide—was hailed as a wonder cure for insomnia. Non-addictive and non-toxic, Thalidomide induced sleep and was prescribed as a sedative that promised no side effects. As its popularity grew, it soon became the drug of choice prescribed to pregnant women combating symptoms associated with morning sickness. By 1960, Thalidomide was popularly prescribed throughout the world, including Europe and Canada.

Story Continues
journalofethics.ama-assn.org
What Do You Think Of That Genius?