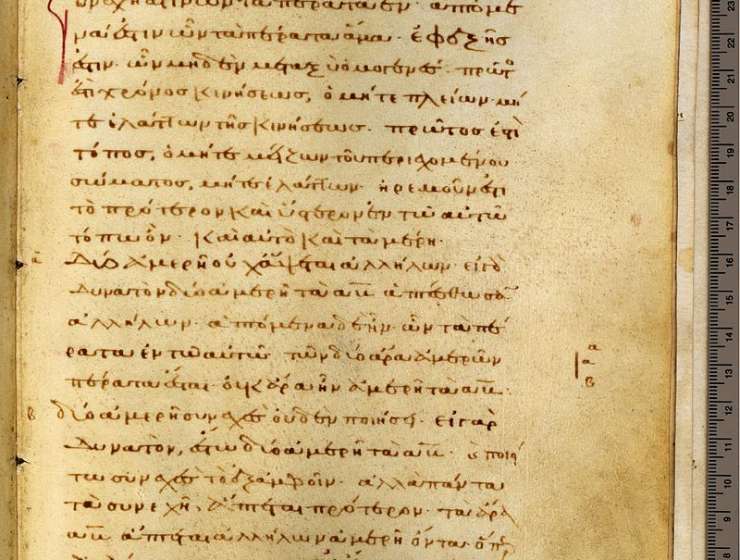 1
204
0
Proclus and his Legacy
philosophy

Recent work on Proclus (412-485 C.E.) makes increasingly evident the centrality of his role in the history of philosophy. In this regard, mention should be made especially of recent work, including Radek Chlup’s monograph Proclus. An Introduction (Cambridge, 2012), Interpreting Proclus. From Antiquity to the Renaissance, edited by Stephen Gersh (Cambridge, 2014), and All From One. A Guide to Proclus, edited by Pieter d’Hoine and Marije Martijn (Oxford, 2017). There are also new editions of Proclus’ Commentary on Plato’s Parmenides and a new translation (for the first time in English) of his massive and extremely important Commentary on Plato’s Timaeus, and in the offing of his sadly neglected Commentary on Plato’s Republic. Revealed in all these works, along with a steady stream of articles, is Proclus as the last great consolidator of ancient Platonism and its “face” as philosophy shifted into a Christian, and later Islamic, context. If, as Proclus himself thought, Plotinus was the greatest expositor of the Platonic revelation, Proclus was the supreme systematizer of that revelation. It was through Proclus and definitely not through Plotinus that the principal philosophical school of antiquity was “received.” It was Proclus, above all others, whose systematic expression of Platonism was found to be most apt for theological re-purposing.

The present collection of essays, immense in scope, and the fruit of a conference in Istanbul in 2012 celebrating the 1600th anniversary of the birth of Proclus, gives us a taste of exactly how broad the influence of Proclus was. I cannot here in my allotted space even begin to articulate all the issues and arguments in the essays covering more than a thousand years of philosophy in multiple countries and languages. And I am certainly not competent to render a judgment on most of the sometimes bold interpretations offered, especially regarding authors who are barely more than names to me. I shall rather pick out a few central themes, adumbrated in several articles, and mention what seem to me to be some exciting new lines of investigation.

Story Continues
bmcr.brynmawr.edu
What Do You Think Of That Genius?