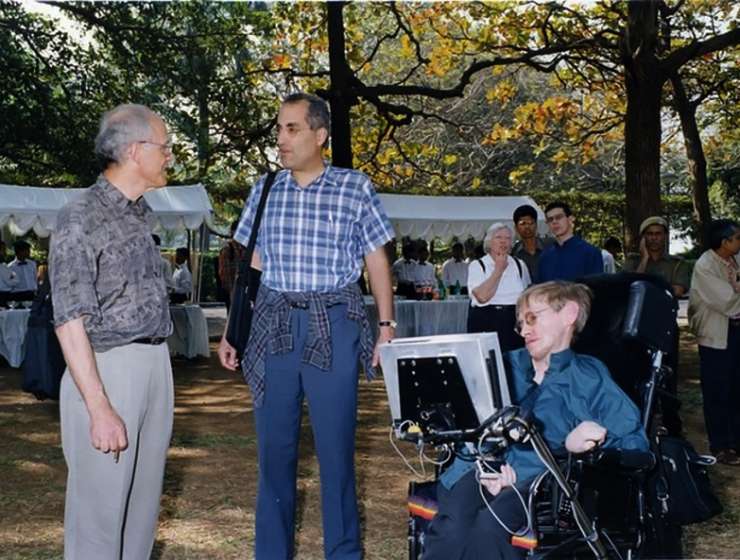 1
181
0
Physicist Edward Witten, on the trail of universal truth Interview with the Genius
Physics

Princeton, N.J. -- Edward Witten, who may be the smartest man in the world, seems slightly puzzled by the question put to him: How, his interrogator wants to know, would he describe a typical day in the life of a theoretical physicist? The question is followed by a long silence, one that threatens to turn uncomfortable. It fills his large, corner office at the Institute for Advanced Study, a theoretical research center that is home to a small group of the world's finest thinkers.

Which is what Dr. Witten is doing right now: thinking before he answers the question. His eyes, focused somewhere in the area of his shoes, are half-closed behind his thick, dark-rimmed glasses. The minutes tick by. Finally an answer surfaces.

"Well, you spend most of your time hanging around and doing nothing," says the 43-year-old physicist, who spent the first 18 years of his life hanging around Baltimore. "But occasionally you get an idea." He pauses for a long time, a habit he has, and then smiles. It is a shy, appealing smile, one that allows a brief glimpse of the person residing inside the otherworldly physicist.

Story Continues
baltimoresun.com
What Do You Think Of That Genius?