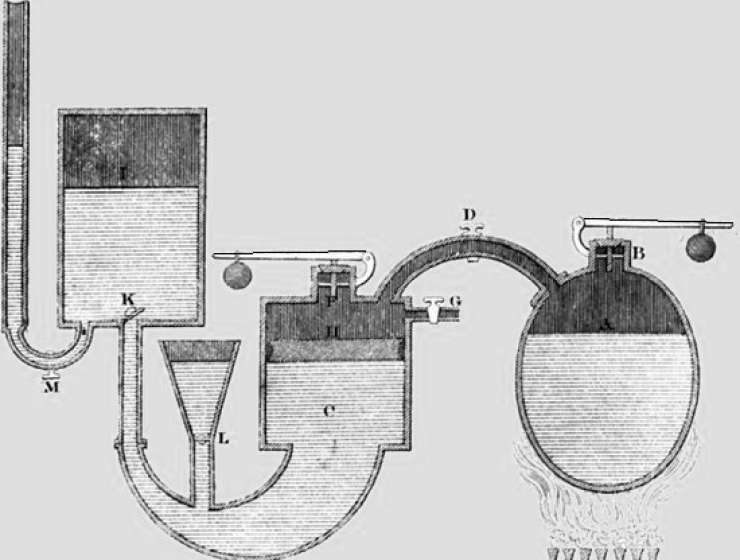 A solvothermal reaction conducted in a steel autoclave recently exploded inside an oven during the night. As one wag put it the next day ‘not for nothing do we call them bombs’. It was the latest in a long line of pressure-related accidents since the idea of pressure emerged in the 17th century, not least during the heroic period of the steam engine.

In 1628, the Dutch scientist Isaak Beeckman showed that the pressure and the volume of a gas were related, an idea codified later by Robert Boyle in London and Edme Mariotte in Paris. Beeckman also identified that water rises in a hand pump due to air pressure, not the Aristotelian idea of horror vacui (nature’s fear of empty space), which would lead to Evangelista Torricelli’s and Vincenzo Viviani’s barometer experiment and Torricelli’s observation that ‘we live at the bottom of an ocean of air’. After Blaise Pascal sent Torricelli’s barometer for a hike up the Puy de Dôme, air became something you could weigh. Experiments like these inspired a generation of investigators across Europe, among them a supremely confident young Frenchman.

Story Continues
chemistryworld.com
What Do You Think Of That Genius?