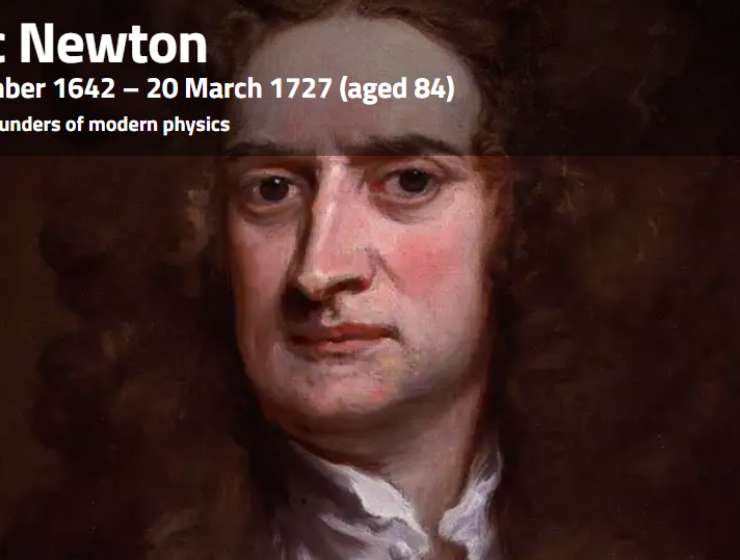 1
302
0
One of the founders of modern physics
Science

Newton’s theory of universal gravitation says that every particle in the universe attracts every other particle through the force of gravity. The theory helps us predict how objects as large as planets and as small as individual colliding molecules will interact; it shows us the way earthquakes ripple through the Earth’s crust and how to build building that can withstand them. His simple equation for universal gravitation, written in 1666 when he was 23, helped overthrow more than a thousand years of Aristotelian thinking (reinforced by Greek astronomer Claudius Ptolemy) which said that objects only moved if an external force drove that motion.