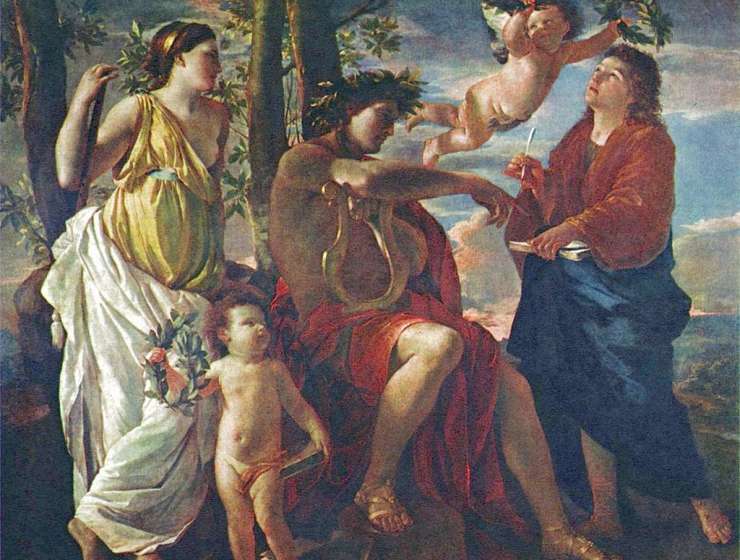 1
129
0
Nicolas Poussin: 'the most perfect painter of all the moderns'
Art

Nicolas Poussin was born in June 1594 in or near the town of Les Andelys in Normandy, the son of a nobleman whose fortunes had been ruined in the wars of religion. His early education included a grounding in Latin and letters, but he soon showed an inclination for art which was fostered by the itinerant painter Quentin Varin, who visited Les Andelys in 1611–1612 and became Poussin's first master.

Encouraged by Varin, Poussin departed for Paris in 1612, where he studied anatomy, perspective, and architecture and worked under a variety of masters. Soon after, he was introduced to engravings after Raphael and Giulio Romano.

According to Bellori, one of the artist's early biographers, these fired him with such enthusiasm that he could already be described as 'of the school of Raphael' at this early stage of his career. Poussin's veneration for the masters of the Italian Renaissance also led him to make two unsuccessful attempts to reach Rome in the years before 1622.

Story Continues
artuk.org
What Do You Think Of That Genius?