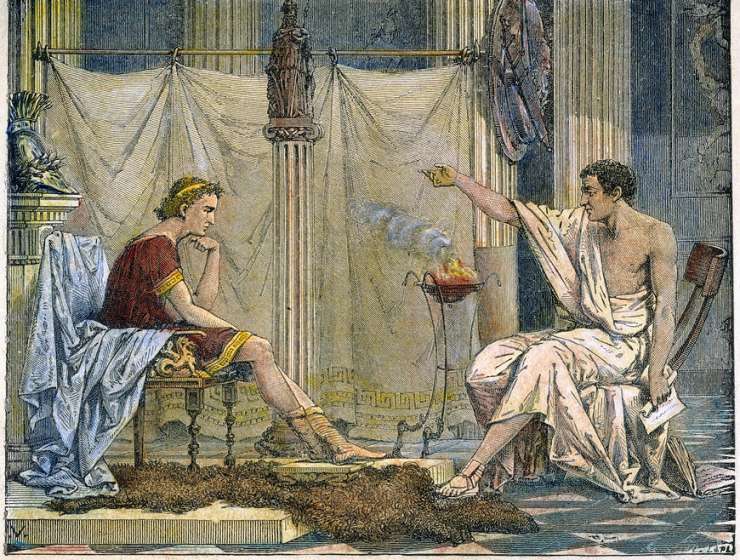 The 2016 was the year marked by the 2,400th anniversary of the birth of the ancient Greek philosopher Aristotle (384–322 BCE). Along with his teacher Plato, Aristotle is the most prominent representative of ancient philosophical thought. His influence on subsequent generations is immense, and perhaps only Plato could compare with Aristotle in importance. Although modern science and philosophy has come a long way since Aristotle’s era, and our scientific and philosophical knowledge have significantly improved since Aristotle wrote his Metaphysics—the first major work in the history of philosophy—his methods continue to have a deep influence on philosophical and scientific thought. Aristotle was the first Western thinker to divide philosophy into branches, such as logic, metaphysics, natural philosophy, philosophy of mind, rhetoric, politics, and ethics. Not only are these branches still recognizable today, but the philosopher himself made major contributions in all these fields.

The focus of the present issue is on Aristotle’s ethics. Aristotle wrote two ethical treatises: Nicomachean Ethics, composed of ten “books,” and Eudemian Ethics, consisting of eight books. In addition, there is the so-called Magna Moralia or “great ethics” —a short work on virtues and vices, also often ascribed to Aristotle. Although many scholars doubt Aristotle’s authorship of the text assigning it to a later author,1 it is commonly considered as a part of the body of works on ethics produced by Aristotle. The two main ethics works—Nicomachean Ethics and Eudemian Ethics—cover many of the same themes and the relation between them remains a topic of a heated discussion, further fueled by the fact that the three books in both works are almost identical.