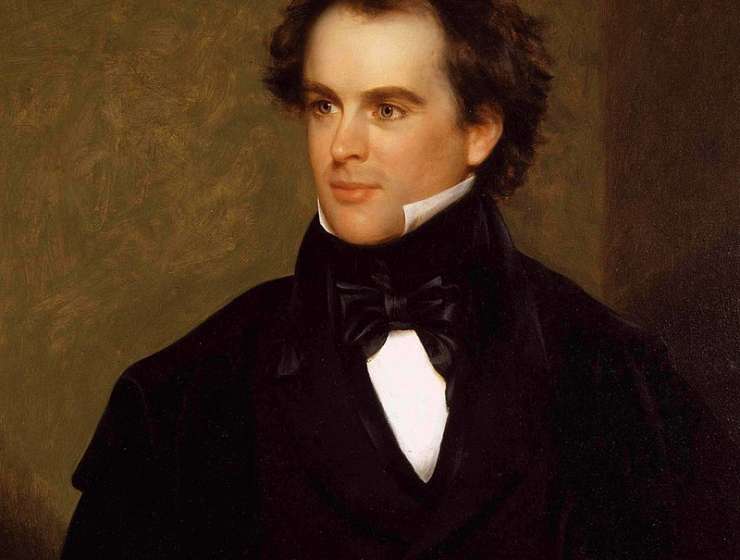 1
132
0
Nathaniel Hawthorne and the Spirit of Science
literature

Nathaniel Hawthorne was born in Salem, Massachusetts on the Fourth of July, 1804 to Elizabeth Manning and Nathaniel Hathorne. (Haunted by an ancestor who was complicit in the Salem witch trials, he added the w later in life.) His father, a captain, died at sea when he was only four; his mother raised him and his two sisters in the home of her relatives, doting aunts and uncles all. Due to a foot injury in 1813, he was confined to his bed for over a year, and spent long hours in the company of Bunyan’s Pilgrim’s Progress and Spenser’s Faerie Queene — one of several times in his life when he would have little to do but reflect and consult his imagination.

Young Nathaniel’s maternal uncle Robert Manning became his particular patron, sending him to boarding school and then to Bowdoin College in 1821. At Bowdoin, he became fast friends with future president Franklin Pierce, whose campaign biography he would later write; future commodore Horatio Bridge, whose encouragement he credited with his literary career; and future congressman Jonathan Cilley, who would later die in a duel in which Hawthorne was indirectly involved. Henry Wadsworth Longfellow was also a classmate, and, though not as close, he and Hawthorne were mutual admirers.

Story Continues
thenewatlantis.com
What Do You Think Of That Genius?