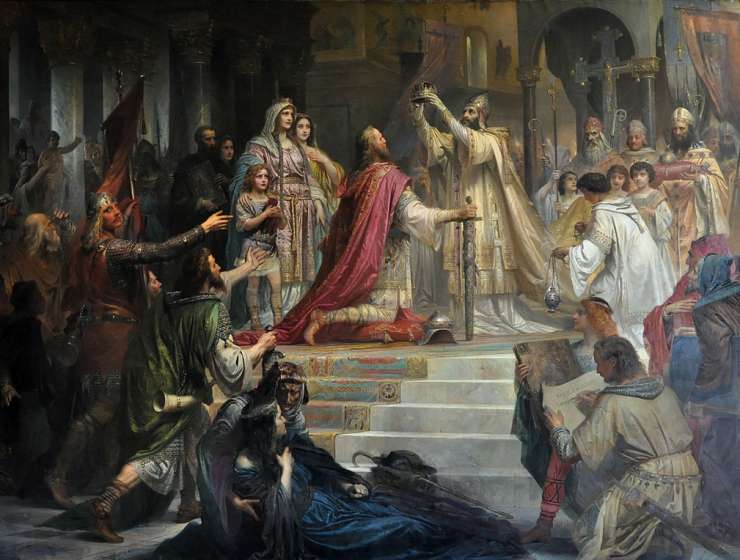 A perfect reflection of the time in which he lived, Napoleon was “obsessed with history”.  He would draw references, symbols and examples from it to justify his position and his politics and thus give his reign its place in the history of France, the Gauls right up to his immediate predecessors, including the Bourbons.  Of all the references wielded by the French Emperor, Charlemagne is, if not one of the most important, then at least one of the most consistent.

In so doing, he resumed the ancient tradition – merely sidelined by the Revolution – of invoking Charlemagne (the son of Pepin the Short and Bertha of the Big Foot), a figure who, as Albert Sorel put it at the beginning of the last century, “hovers over the history of France from the time of Philippe-Auguste to Napoleon”.  But unlike the Capetians, the first of the Bonapartes had little claim to such “ancestry”. However, using a legend built up over centuries but based on limited historical facts, Napoleon managed nevertheless to create, almost according to his own design, a sort of kinship between the French Empire and that of the Franks, founded on similarities and coincidences.  “The Carolingian construct was useful,” says Jean Tulard, “the distance in time and the obscurity which surrounded it made it safe”.  Napoleon “drew deeply” on the legacy of a Charlemagne finally “erected as a figure of the Nation, as a metaphor for national identity”

Story Continues
napoleon.org
What Do You Think Of That Genius?