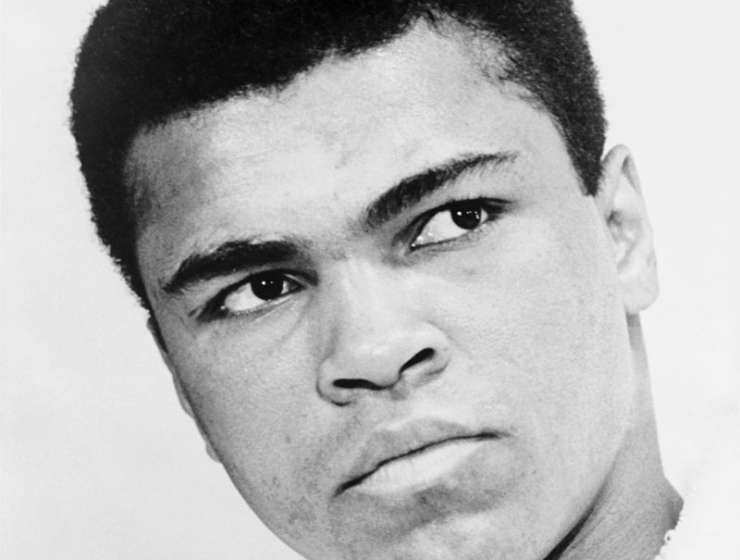 Without question, Muhammad Ali transformed the world of sports. Winning the heavyweight title three times — beginning with his shocking upset of Sonny Liston in 1964, which made him the youngest boxer to unseat an incumbent heavyweight champion — Ali is considered, alongside Joe Louis and Sugar Ray Robinson, one of the best boxers ever to enter a ring. Though his pugilistic style was unorthodox and an affront to boxing purists at the time, his dazzling combination of speed and power revolutionized the sport, and most boxing observers have now come to agree with Ali’s longtime boast that he was “The Greatest of All Time.”

But while his achievements in the ring may have earned him the title of Sports Illustrated‘s “Sportsman of the Century” in 1999, it was really Ali’s appeal outside the arena that made him perhaps the most recognizable and beloved figure on the planet. Other than Jackie Robinson, who shattered baseball’s racial barrier in 1947, no one can rival his impact as a transcendent 20th century American sports figure. The only things quicker than his fists and feet were his mind and mouth: Speaking truth to power, the loquacious Ali said things in a confrontational, even “arrogant” manner that mainstream America was not yet prepared to hear, especially coming out of the mouth of a young black man.

Story Continues
rollingstone.com
What Do You Think Of That Genius?