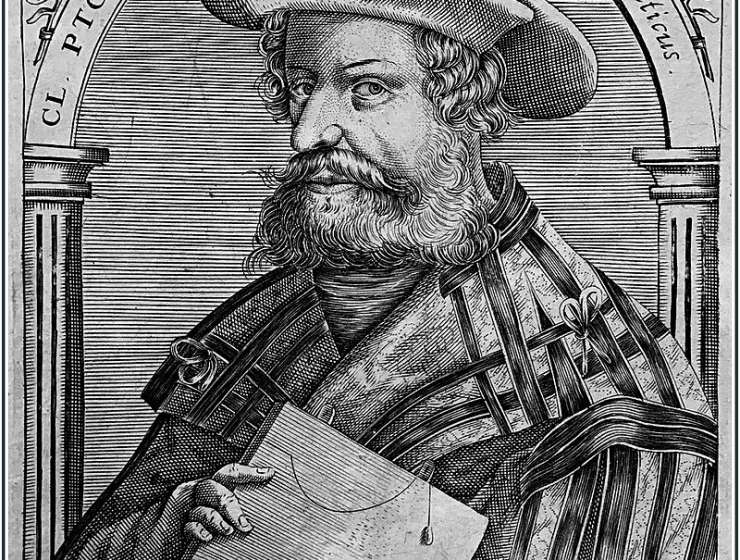 By the time Claudius Ptolemy (early to mid-2nd CE) composed his works, the production and use of tables was an accepted part of Greek mathematical practice. Although Ptolemy makes certain programmatic statements about how he thinks tables ought to be presented and used, it is difficult to know if his articulation of best practices with regard to tabular methods was original or had its origin in the work of his predecessors, such as Hipparchus (ca. mid-2nd BCE) or Menelaus (ca. turn of 2nd CE). It does, however, seem clear that tabular methods entered Greek mathematical practice from Babylonian sources, particularly Babylonian mathematical astronomy, sometime during the mid to late Hellenistic period.

When we look at just those sorts of works from the early Hellenistic period where we might expect to find tables — such as the proto-trigonometric, astronomical Sizes and Distances of the Sun and Moon or Sand Calculator by Aristarchus (ca. early-3rd BCE) and Archimedes (280s–212), respectively — we find no evidence for tabular mathematics (Berggren and Sidoli, 2007, Van Brummelen, 2009). Although there is some evidence for tabular displays and formats being used in harmonics and Pythagorean number theory — as found in the work of Nicomachus and Theon of Smyrna (both ca. early-2nd CE) — these traditions do not seem to have involved the use of tabular elements to encode mathematical relationships. Again, there was a long tradition of monumental tables, such as parapegmata and other inscriptions, which may have contributed to Greek interest in Babylonian astronomical tables, but these were either public resources or votive inscriptions and were not meant to be used in mathematical practice (Jones, 2006, Lehoux, 2007). By the Roman Imperial period, however, there was a wealth of numerical tables for astronomical and astrological purposes in circulation in Greco-Roman Egypt, including direct translations of substantial parts of Babylonian mathematical astronomy (Jones, 1999a, Jones, 1999b).