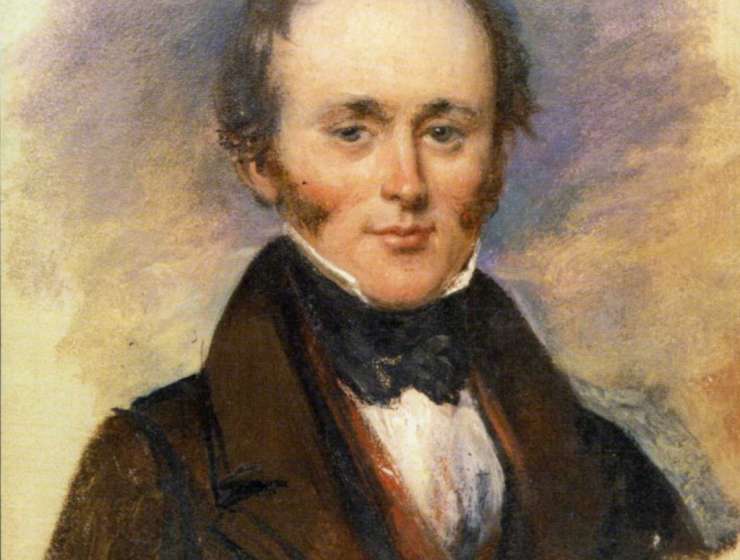 Born in Scotland at the end of the eighteenth century, Charles Lyell spent his early life in Hampshire in the midst of the kind of comfortable rural society described in Jane Austen’s novels. Influenced by his father, who was a keen botanist, the young Lyell collected butterflies and studied natural history. As a student at Oxford, he attended the Revd William Buckland’s lectures on geology and continued to pursue geology while studying for the bar at Lincoln’s Inn. In 1824 Lyell wrote his first scientific paper on the freshwater limestones and marls of Scottish lakes, demonstrating their detailed similarity to ancient freshwater formations among the Tertiary strata of the Paris Basin. Throughout his life Lyell remained an active field geologist, travelling throughout Europe from Sicily to Scandinavia.

He made repeated geological tours through the Swiss and Austrian Alps and studied intensely the Tertiary strata of France, Belgium and England. He examined the geology of North America from Nova Scotia to the Mississippi Delta, working in the field in all weather. In 1853–1854 he spent several months studying the volcanic geology of Madeira and the Canary Islands and in 1857 and 1858 revisited Sicily to spend arduous weeks studying Mount Etna. In his seventy-fifth year and nearly blind, he travelled to the south of France to examine the caves of Aurignac and the Dordogne.

Story Continues
sp.lyellcollection.org
What Do You Think Of That Genius?