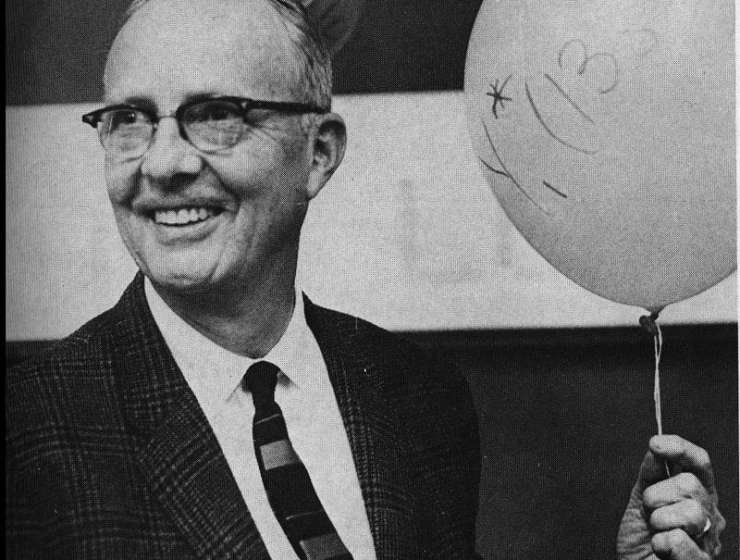 Alvarez began his Manhattan Project work at his alma mater, the University of Chicago, in the fall of 1943. The university was home to the project’s metallurgical laboratory—referred to as Met Lab—which led research into plutonium-production reactors. Shortly after arriving, Alvarez was told to report to the inconspicuously named Site A in the Argonne Forest, 20 miles south of Chicago. On his first trip out, he was escorted by a bodyguard from the U.S. Army. Over the next 6 months, he made the hour-long commute to Argonne aboard Met Lab’s small, blue school bus that Manhattan Project scientists had nicknamed the Blue Flash.

Before Alvarez’s arrival, the world’s first reactor, named Chicago Pile-1 (CP-1), was constructed at Met Lab on a squash court under a University of Chicago stadium. CP-1 was dismantled in early 1943 and moved to Site A’s remote location. The rebuilt reactor was renamed CP-2. Alvarez described it as “a 30-foot cube of graphite bricks set with slugs of uranium oxide and metal surrounded by a thick concrete shield.”

Story Continues
energy.gov
What Do You Think Of That Genius?