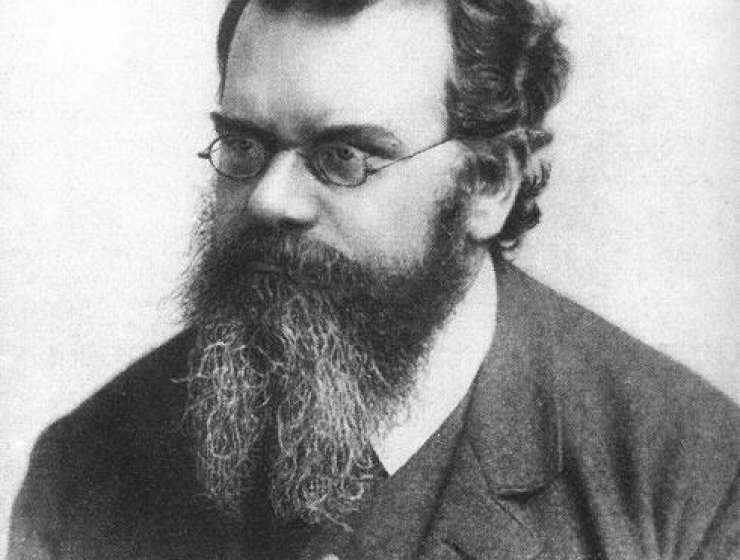 This article is meant as a small homage to the great Austrian scientist to whom we owe many of the ideas that led to the creation of new research areas in physics and mathematics: a non-exhaustive list includes ergodic theory, large deviations, transport equations and systems with memory (hereditary mechanics). We shall only discuss in detail a few aspects of Boltzmann’s contributions, for obvious reasons. Ludwig E. Boltzmann (1844–1906) was born in Vienna on February 20, 1844, the night between Fat Tuesday and Ash Wednesday; he used to say, jokingly, that was the origin of his changes of mood, which swung from moments of sheer enthusiasm to periods of severe depression and eventually led to his suicide in Duino (near Trieste).

Boltzmann’s stature is unquestionable, yet 170 years after his birth there still are historically inaccurate accounts of his life. The introduction of statistical ensembles, for example, although typically attributed to Gibbs, was actually conceived by Boltzmann. There is no shortage of erroneous opinions—some completely misleading: Prigogine and Stenger said on many occasions that Boltzmann’s ideas were incoherent, if not utterly wrong. Nothing is farther from the truth: Boltzmann’s intuitions have been systematically confirmed by a number of detailed mathematical papers and numerical simulations.