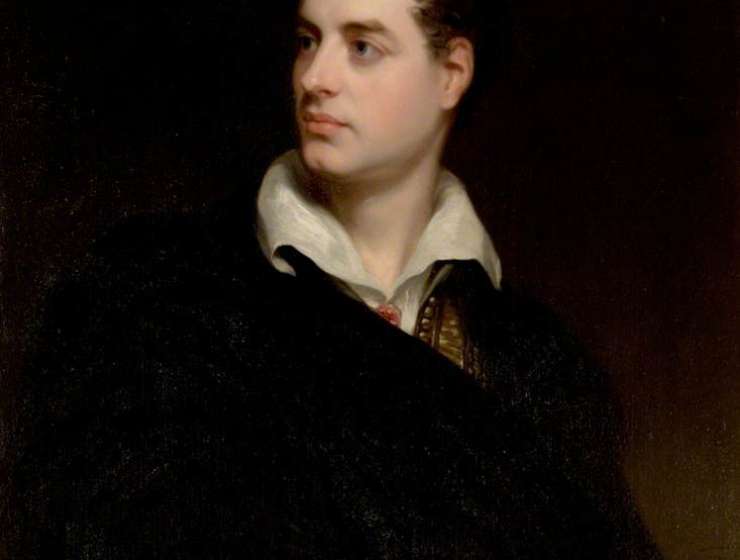 The great object of life is Sensation – to feel that we exist – even though in pain – it is this ‘craving void’ which drives us to Gaming – to Battle – to Travel – to intemperate but keenly felt pursuits of every description whose principle attraction is the agitation inseparable from their accomplishment (Lord Byron to Annabella Milbanke, his future wife, 6 September, 1813).

Born in London in 1788, the poet George Gordon Byron, or Lord Byron as we know him, spent his life collecting sensations and courting controversy. While a student at Cambridge, for example, he kept a tame bear as a pet, taking it for walks as one would a dog. During his acrimonious and very public divorce in 1816, Byron was rumoured to be having a sexual relationship with his half-sister, an allegation he denied in public but less adamantly in his private letters. His passionate support for the freedom of the Greeks in their War of Independence against the Ottoman Empire was likewise a ‘keenly felt pursuit’ that ultimately proved deadly. Suffering from a fever and infection contracted while awaiting battle in Greece, Byron died in 1824 at the age of 36.