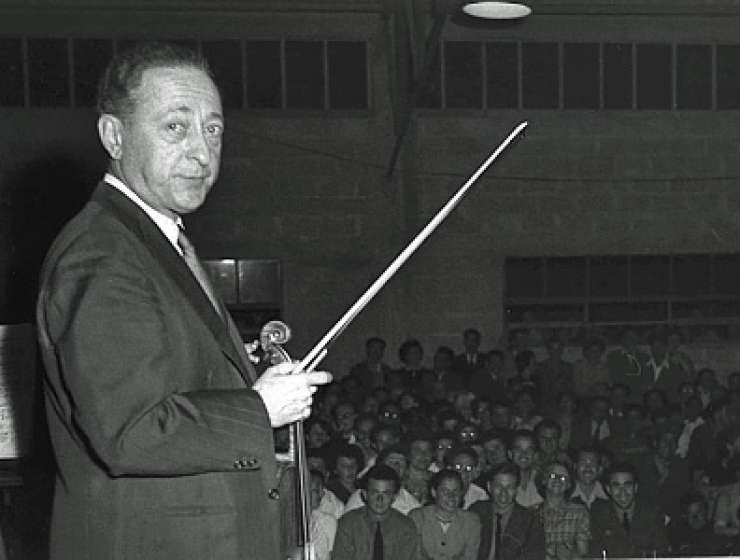 1
149
0
'Like Electricity': Jascha Heifetz Made His American Debut 100 Years Ago
Music

It was 100 years ago this week that Russian violinist Jascha Heifetz made his American debut at New York's Carnegie Hall in 1917. Considered by many to be one of the greatest violinists in history, he was just 16 years old at the time. NPR's Rachel Martin spoke with commentator Miles Hoffman about that appearance and the career that followed.

Story Continues
classicalwcrb.org
What Do You Think Of That Genius?