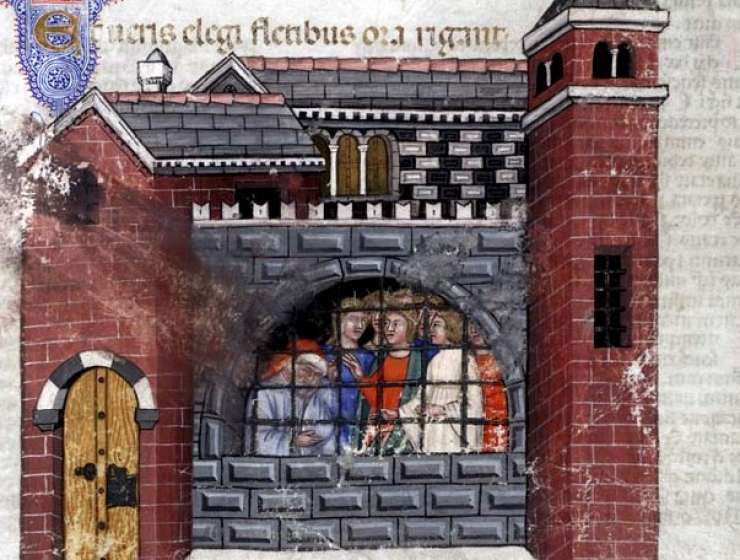 A favourite text during the Middle Ages was The Consolation of Philosophy, written by the medieval philosopher, Boethius. In it, we get an unusual style of philosophy that was accessible for a wide audience and contrasts greatly to the rest of Boethius’ writings, which consisted of logical texts. In a personal voice, written in a confessional style, Boethius tells us his life story as he tries to understand the fate that has befallen him. Here we find philosophical dialogue dramatised through the use of poetry, personification and symbolism. His is an incredible tale of riches to rags.

Boethius led a privileged life. He was born into the Roman aristocracy in approximately 475 AD and lived most of his life under the rule of Emperor Theoderic. Boethius lost his father early in life but was adopted by an even wealthier family, whose daughter he later married. He became consul in 510 AD, with his two sons following suit in 522. Boethius eventually becoming Theoderic’s ‘Master of Offices’, one of the most senior administrative officials.

In The Consolation of Philosophy, Boethius outlines how he finally gained the prestigious position of ‘Master of Offices’, but did not hold it for long. Accused of treason, Boethius fell under suspicion of correspondence that urged the emperor Justin at Constantinople to invade Italy. Thus, he was imprisoned in a tower in Pavia and condemned to death by the senate in Rome. Prior to his execution, probably in 526, he wrote the work for which he is best remembered, The Consolation of Philosophy.