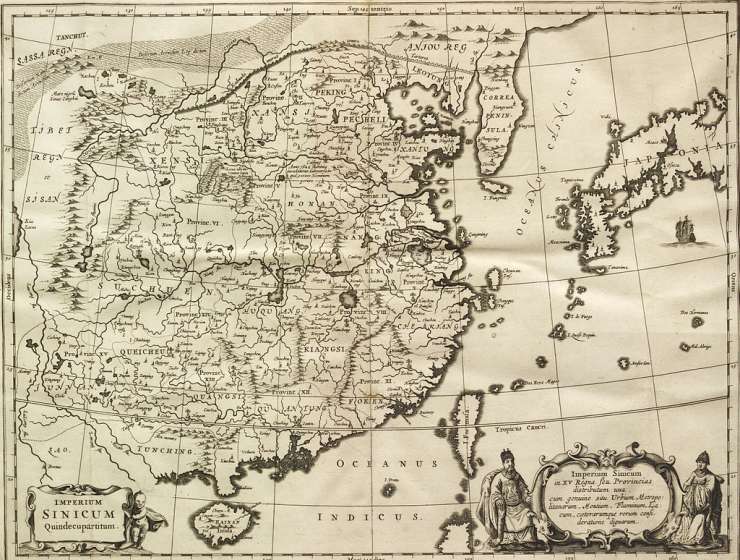 In 1680, a small procession of Jesuits ascended a winding path to the mountaintop shrine of Mentorella, some thirty miles east of Rome. They carried a box containing the heart of one of their brethren, Father Athanasius Kircher, and at their journey’s end they buried the reliquary at the foot of the shrine’s altar. The rest of Kircher’s body had been entombed in the crypt of Il Gesù, the most important Jesuit church in the Eternal City.

For most of his seventy-eight years, Kircher had lived and worked at the Roman College, the principal seat of Jesuit learning, where he established himself as its greatest and most curious polymath and one of the most prolific and versatile thinkers of the century. Kircher’s thirty-six books enticed the mind with their vast and encyclopedic erudition and dazzled the eye with gorgeously engraved images of myriad curiosities, antiquities and enigmas: obelisks, mummies, Aztec temples, lotus gods, Brahmins, Buddhas, volcanoes, fossils, magnetic devices, sunflower clocks, tarantulas, Aeolian harps and Alexander’s horn, to name a few. There was virtually no domain of knowledge that Kircher left unstudied, no language in which he did not claim some degree of competence. His answers to intriguing questions about the world he inhabited—past and present—made him an authority without parallel for his most enthusiastic readers.

Story Continues
thenation.com
What Do You Think Of That Genius?