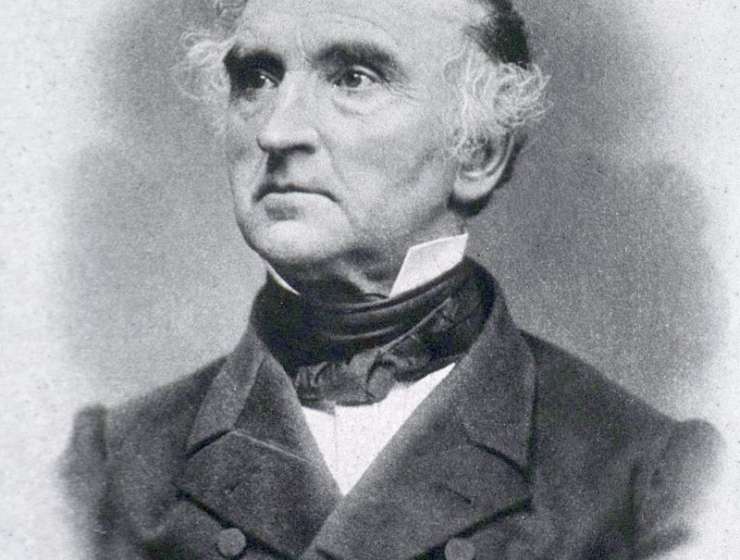 Baron Justus von Liebig was born on May 12, 1803, in Darmstadt in southern Germany. His father owned a drug and painting materials business, and young Justus learned to perform chemical experiments in the small laboratory affiliated with the business. Because his interest in chemistry was much greater than his interest in other school subjects, young Justus was apprenticed to an apothecary. However, he left his apprenticeship after less than a year and returned home to continue his chemical experiments.

At the age of 17 years, Liebig went to the University of Bonn (Germany) to study chemistry; he received his doctorate in 1822. Analytical chemistry was not well advanced in Germany at that time, so Liebig obtained a grant from Grand Duke Louis I of Hesse (1753–1830) to study in Paris (France). When Liebig published his work on fulminate of mercury, it came to the attention of the German naturalist and statesman Alexander von Humboldt (1769–1859), who arranged for Liebig to work with French chemist Joseph-Louis Gay-Lussac (1778–1850), the master of chemical analysis. Gay-Lussac emphasized the need to pay strict attention to the precise determinations of the composition of substances and directed Liebig to apply these techniques to organic substances.

At the urging of von Humboldt, Louis I had Liebig appointed extraordinary professor at the University of Giessen (Germany) in 1824. Liebig's first goal was to make available to a large number of students the same opportunities that he had had with Gay-Lussac. In collaboration with a mineralogist and a mathematician, Liebig proposed that a pharmaceutical training institute be established. Although the proposal was not approved, Liebig was allowed to set up a laboratory in a military barracks. In 3 years, chemistry dominated the curriculum, and the 20 positions in the laboratory were filled.