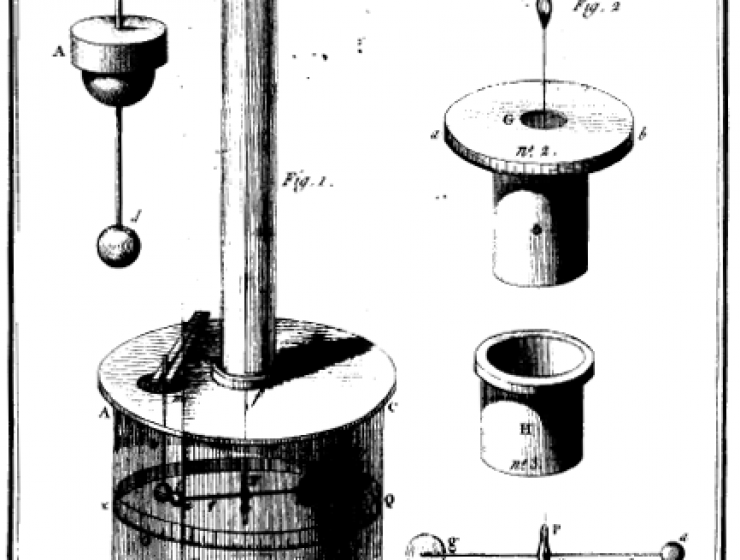 Around 600 BC, the Greek philosopher Thales wrote that when he rubbed pieces of amber with fur, the amber attracted bits of straw and other small objects. When scientists began to study the phenomenon, they already had a word for it, thanks to Thales: "electricity,” derived from “elektron,” the Greek word for amber. In studying this force, others observed that charged objects sometimes attract one another and sometimes repel. Twenty-three centuries later, Benjamin Franklin attributed this effect to the existence of two electrical fluids, one positive and the other negative.

Much of the modern physical description of electrical forces comes from careful experiments done by the French scientist Charles Augustin Coulomb (1736-1806). His parents came from wealthy families living near Montpellier [1], and they moved to Paris when Coulomb’s father began work there. Coulomb earned a degree at the engineering school at Mezieres and became a lieutenant in the military engineering force.

As a trained army engineer, he received several assignments in France. In 1764, Coulomb went to Martinique to supervise the construction of a fort. Coulomb oversaw the construction from 1764 to 1772, and then he returned to France. His health, impaired by the tropical ailments of Martinique, would trouble him for the rest of his life. With his return, his attention also shifted — after many projects in engineering, he began to work on pure physics.