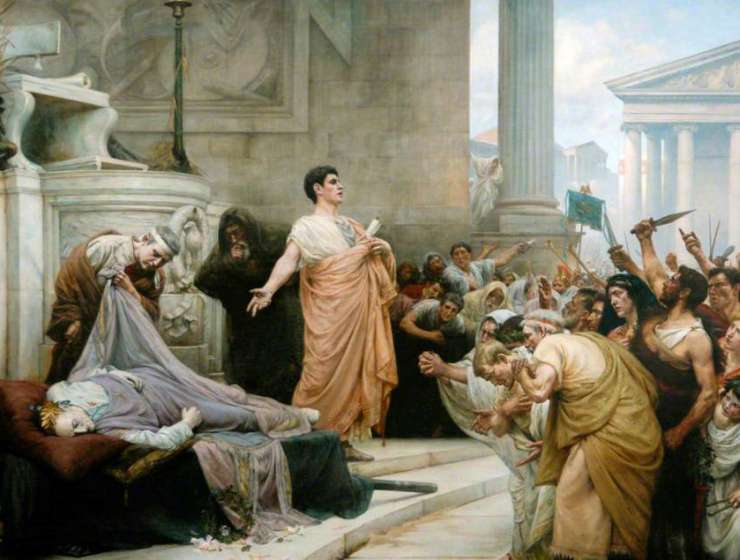 Julius Caesar may have been the greatest man of all time. His birthdate was July 12/13, probably in the year 100 BCE, although it may have been in 102 BCE. Caesar died March 15, 44 BCE, which is known as the Ides of March.

By age 39/40, Julius Caesar had been a widower, divorcee, governor (propraetor) of Further Spain, captured by pirates, hailed imperator by adoring troops, quaestor, aedile, consul, named to an important priesthood, and elected pontifex maximus (although he may not have been installed)—a lifelong honor usually reserved for the end of a man's career. What was left for his remaining 16/17 years? That for which Julius Caesar was most well known: the Triumvirate, military victories in Gaul, the dictatorship, civil war, and, finally, assassination.

Julius Caesar was a general, a statesman, a lawgiver, an orator, a historian, and a mathematician. His government (with modifications) endured for centuries. He never lost a war. He fixed the calendar. He created the first news sheet, Acta Diurna, which was posted on the forum to let everyone who cared to read it know what the Assembly and Senate were up to. He also instigated an enduring law against extortion.