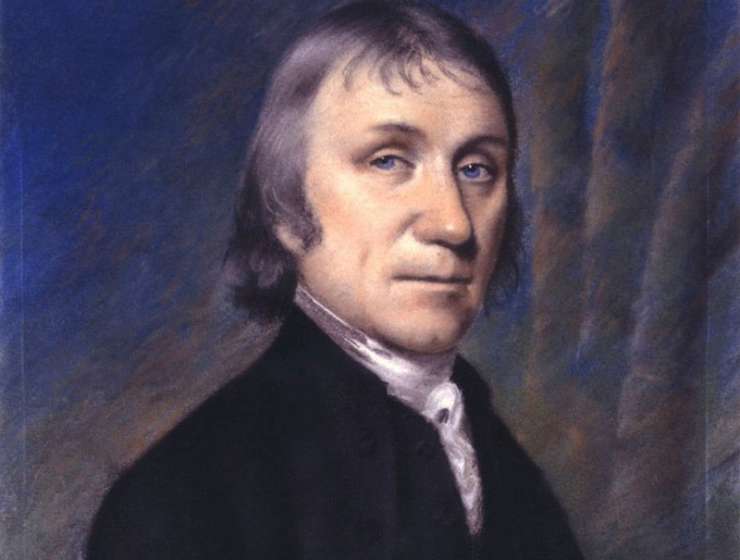 Joseph Priestley (1733–1804), a nonconformist English minister, scientist, and political theorist, wrote prolifically and was a notable figure of the eighteenth-century Enlightenment. In the second half of the eighteenth century, a group of British scholars and writers began to challenge the governmental and religious settlement that had arisen out of England’s “Glorious Revolution” of 1689. These reformers protested the limited nature of representation and the principle of religious uniformity within the British system. Priestley became a leading figure among these thinkers, who came to be called the friends of America, and his writings had a major influence on the First Amendment principles of religious liberty in the U.S. Constitution.

Priestley was a scientist and writer on representative government

Born in West Yorkshire, England, Priestley was educated at the Daventry Academy. At various times he was employed as a minister and schoolmaster, while at the same time conducting laboratory experiments. The discoverer of oxygen, he published more than 150 books during his lifetime. His most important political writings included Essay on the First Principles of Government (1768) and Letters to Burke: A Political Dialogue on the General Principles of Government (1791), which was a vindication of the French Revolution against the arguments of Edmund Burke.

Story Continues
mtsu.edu
What Do You Think Of That Genius?