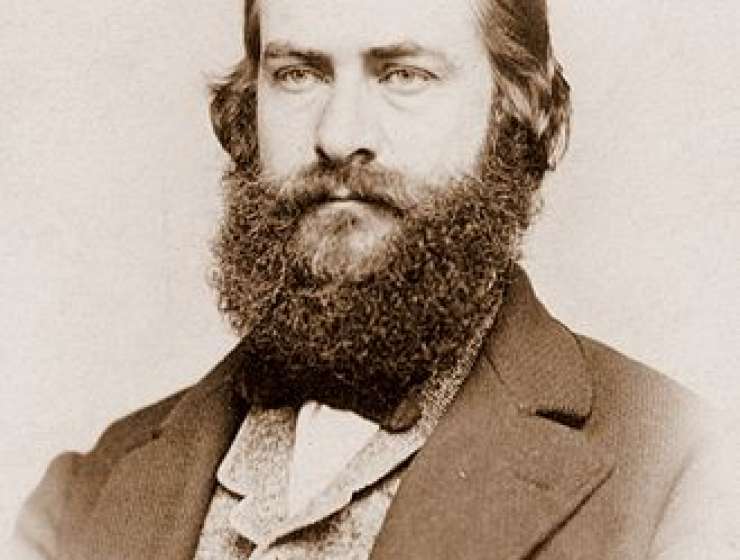 1
227
0
Joseph Leidy: The last man who knew everything
archaeology

Joseph Leidy (1823-1891) paid tremendous attention to detail. His science “was visual, descriptive, and particularizing.” He should have been a dermatologist. Had he become as fascinated by the skin as he was in almost everything else, Penn’s long history of excellence in dermatology might have started even earlier than it did. He earned his MD at the University of Pennsylvania in 1844 and founded the Department of Biology at Penn in 1884. In his era, Leidy was America’s foremost microscopist, the founder of American vertebrate paleontology, and the first to describe the dinosaur in America.

He discovered the Trichina larva in the pig, identified Amoeba proteus, and was the first to identify the olfactory organ of a gastropod mollusk. He “introduced the very idea of parasitism to America” and reported “on dozens of examples of parasitic fungi, worms, unicellular organisms, insects, and crustaceans that lived in or on many kinds of animals,” ranging from fish to insects to bats to humans. He studied cancer (including the transplantation of human cancer to a frog in 1851), gems, insects, tissue transplantation, and anthropology. He wrote a leading textbook of anatomy and another entitled Fresh-Water Rhizopods. Buildings, streets, schools, mountains, stalactites, ships, and trails in the Dakotas and Nebraska are named for him.

The skin did not escape his notice: in his defense of microscopy (like any other revealing innovation, microscopy was under attack as a useless endeavor that would “confound our understanding of nature”), Leidy described how the microscope expanded our understanding of the skin’s structure and function. The structural basis of perspiration, sebaceous gland secretion, and the disproof of the notion that the skin’s blood vessels had “open mouths” were among his examples. He turned down the Hersey professorship at Harvard; noticing a mossy growth near his own house door and examining it casually, Leidy told the president of Harvard’s emissary that “he might come to Cambridge when he had finished studying everything available in Philadelphia.”

Story Continues
jaad.org
What Do You Think Of That Genius?