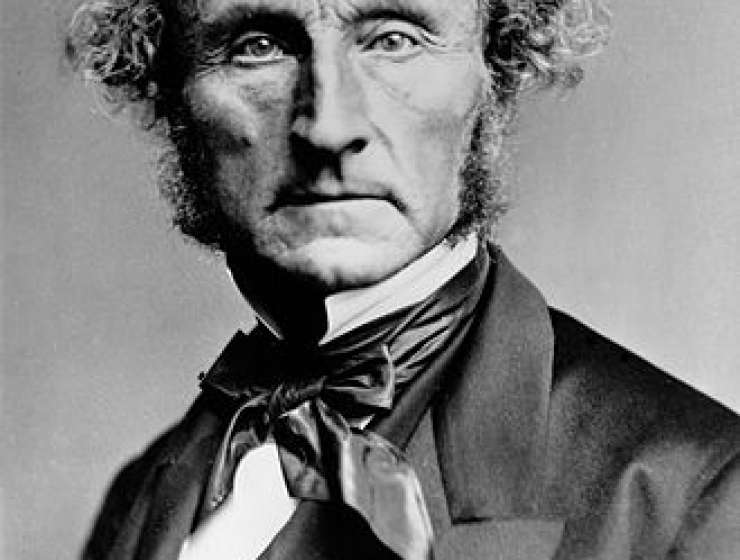 John Stuart Mill (1806–1873), one of the most influential philosophers of the nineteenth century, became a guiding light for modern liberalism and individual liberty.

Mill’s arguments for freedom of thought and discussion, for liberty of tastes and pursuits, and for limits on the authority of society are often repeated in contemporary debates regarding freedom of speech and association. Practical applications of First Amendment principles often rest upon allusions to his ideas, most famously expressed in his essay On Liberty (1859).

Mill was a philosopher and writer

Mill was born in London, the son of James Mill, a prominent British intellectual. He was a child prodigy, with a gift for foreign languages and philosophical thought. As he wrote in his Autobiography, published posthumously, he suffered a mental breakdown in 1826 but continued to spend much of his time refining the philosophy of his father and his father’s friend, Jeremy Bentham, a noted reformer and utilitarian philosopher.

Story Continues
mtsu.edu
What Do You Think Of That Genius?