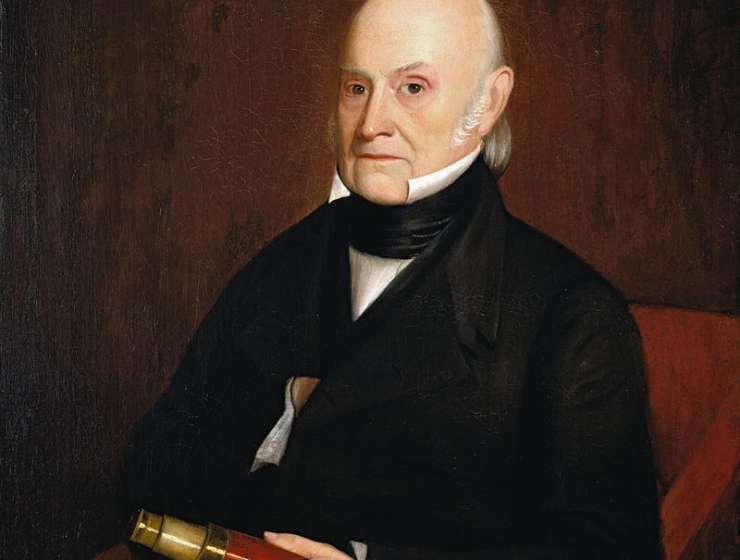 John Quincy Adams was born on July 11, 1767, in the village of Braintree (now Quincy), Massachusetts, a few miles south of Boston. His early years were spent living alternately in Braintree and Boston, and his doting father and affectionate mother taught him mathematics, languages, and the classics. His father, John Adams, had been politically active for all of John Quincy's life, but the calling of the First Continental Congress in 1774 marked a new stage in John Adams' activism. The older Adams would go on to help lead the Continental Congress, draft the Declaration of Independence, and oversee the execution of the Revolutionary War. He was also absent from his children's lives more often than he was present, leaving much of their raising and education to their mother, Abigail.

In the first year of the war, young John Quincy Adams feared for the life of his father and worried that the British might take his family hostage. Indeed, when John Adams signed his name to the Declaration of Independence, he committed an act of treason against England, an offense punishable by death. For John Quincy, these years were actually the beginning of his manhood, and he recalled later in life feeling responsible—as the eldest son—for protecting his mother while his father attended to the business of revolution. John Quincy witnessed the Battle of Bunker Hill with his mother from the top of one of the Braintree hills and regularly saw soldiers passing through his hometown. The Revolutionary War was not some distant, theoretical event but an immediate and frightening reality.