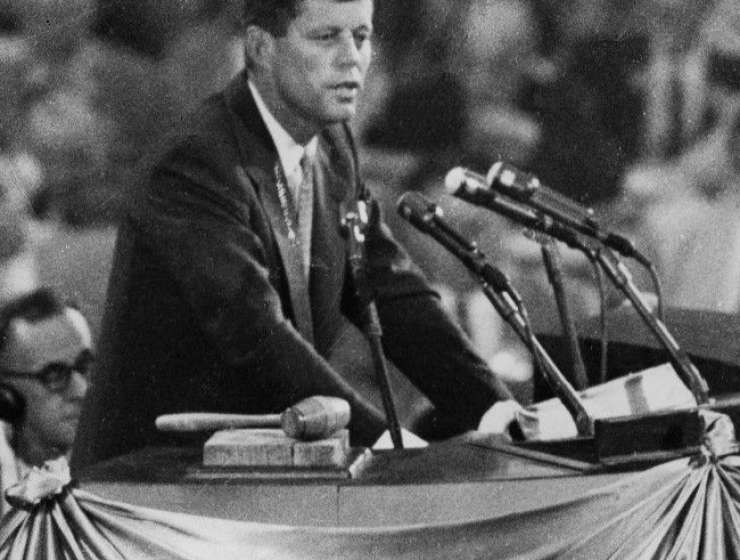 The 1960 presidential election, which has been described as the “first modern presidential campaign,” pitted Republican Richard Nixon, who had served as Vice President under Dwight D. Eisenhower, against Democratic Senator John F. Kennedy, scion of the elite Kennedy clan of Massachusetts.^11start superscript, 1, end superscript Kennedy ran on a strong civil rights platform, hoping to offset the expected hostility from Southern Democrats by adding Texan Lyndon B. Johnson to the ticket as his vice president.

Though Kennedy and Nixon often have been portrayed as ideological opposites, they both agreed on the necessity of US global leadership in the Cold War. Both men were firmly anti-communist and emphasized the importance of maintaining and strengthening US military supremacy.

There were, however, some substantial differences between the two candidates. While Kennedy pledged to revive the economy by strengthening the public sector, Nixon promised to slash federal spending. Kennedy rhetorically embraced the goals of the Civil Rights Movement, while Nixon largely neglected civil rights issues. Unlike Nixon, Kennedy was Roman Catholic, and his campaign dealt with accusations that his loyalty to the Pope would trump his loyalty to the United States.