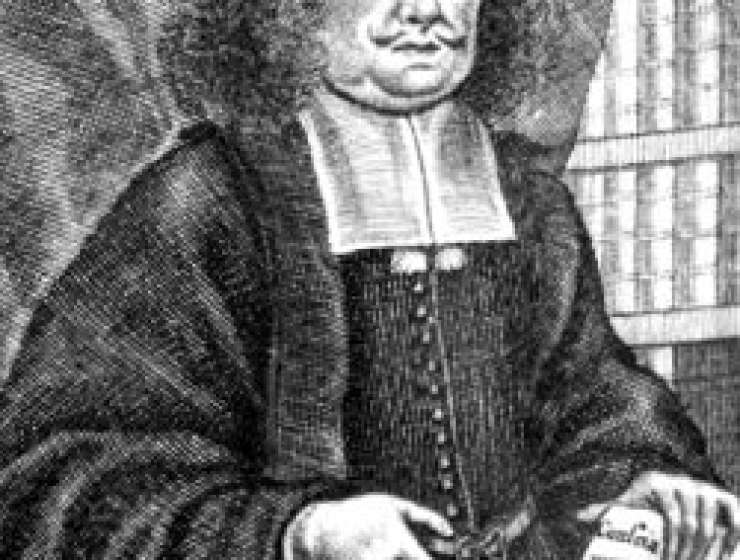 On May 6, 1636, German physician, alchemist, precursor of chemistry, scholar and adventurer Johann Joachim Becher was born. He is best known for his development of the phlogiston theory of combustion, in which all flammable objects were supposed to contain a substance which was released when the object burned and his advancement of Austrian cameralism.

“The chemists are a strange class of mortals, impelled by an almost insane impulse to seek their pleasures amid smoke and vapour, soot and flame, poisons and poverty; yet among all these evils I seem to live so sweetly that may I die if I were to change places with the Persian king.”
— Johann Joachim Becher. Physica subterranea (1667). Quoted in R. Oesper, The Human Side of Scientists (1973), p.11.

Johann Joachim Becher was born in Speyer, Germany. His father, a Lutheran minister, died while he was a child, leaving a widow and three children. At the age of thirteen Becher found himself responsible not only for his own support but also for that of his mother and brothers. He learned and practiced several small handicrafts, and devoting his nights to study of the most miscellaneous description and earned a pittance by teaching. From 1650 on he travelled Europe visiting Stockholm, Amsterdam, and potentially also Italy. In 1652, he went to Mainz to study medical science, chemistry, and theology at the University of Mainz, where he attained his medical doctoral degree in 1661. Already before, in 1654 at the age of nineteen, he published an edition of Salzthal’s Tractatus de lapide trismegisto. His Metallurgia was published in 1660 and the next year appeared his Character pro notitia linguarum universali, in which he gives 10,000 words for use as a universal language.