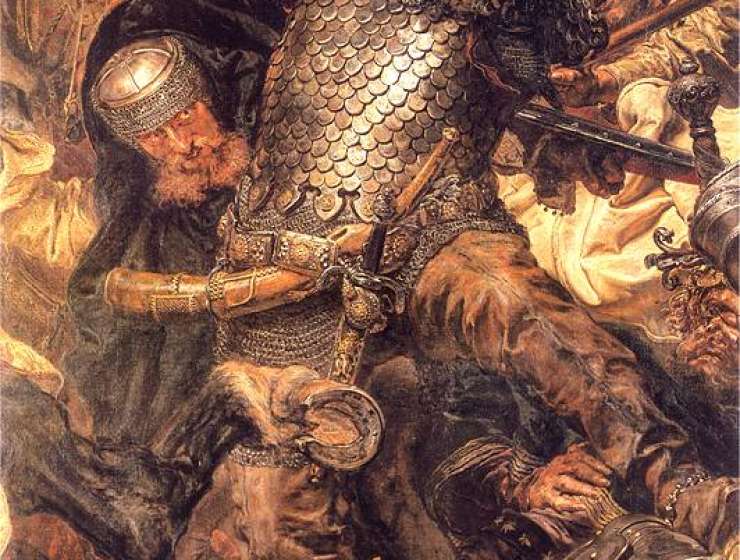 The Battle of Grunwald, where 600 years ago the Polish and Lithuanian armies defeated the mighty order of the Teutonic Knights, changed the map of central Europe. The legendary Czech 15th century general Jan Žižka took part in the battle on the side of the Poles. But Žižka was yet to become the leader of the Hussite movement and a Czech national hero. When the armies clashed at Grunwald on July 15, 1410, Jan Žižka was a ruthless mercenary ready to fight for whichever side hired him.

The 15th century chorale ‘Ktož sú boží bojovníci’, or ‘Ye, Who Are Warriors of God’, evokes Jan Žižka’s Hussite armies driving out crusaders from Bohemia and Moravia in defence of the religious reform championed by Jan Hus.

Today, Jan Žižka is considered one of the greatest Czechs, and is admired as a brilliant commander and defender of his nation. But the reality was rather more complex.

Story Continues
english.radio.cz
What Do You Think Of That Genius?