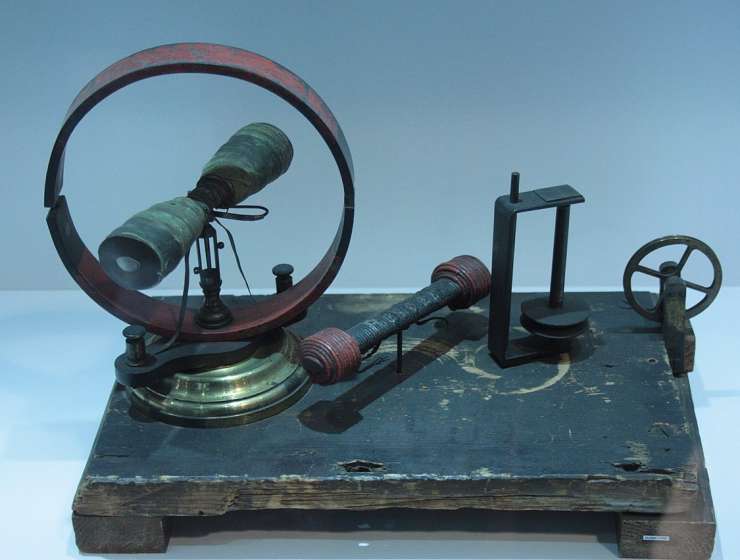 2014 marked the 125th anniversary of the death of the physicist James Prescott Joule. Famous for his research into electricity and thermodynamics, he was born on 24 December 1818 in Salford, Lancashire, into a wealthy brewing family. He was educated at home by private tutors, including for three years from the age of 16, by the eminent Manchester scientist John Dalton. He was fascinated by electricity, and he and his brother’s early experiments included administering electric shocks to both each other, and the family servants.

As an adult Joule managed the brewery and science was merely a serious hobby, carried out in a laboratory in the cellar of his parents’ home. Around 1840, he wondered about the economic advantages of replacing the brewery’s steam engines with the newly invented electric motor. He soon discovered, however, that the cost of the zinc required to power the electric motor, for the amount of work generated, meant that it was cheaper to use steam power by burning coal.

Story Continues
pharmaceutical-journal.com
What Do You Think Of That Genius?