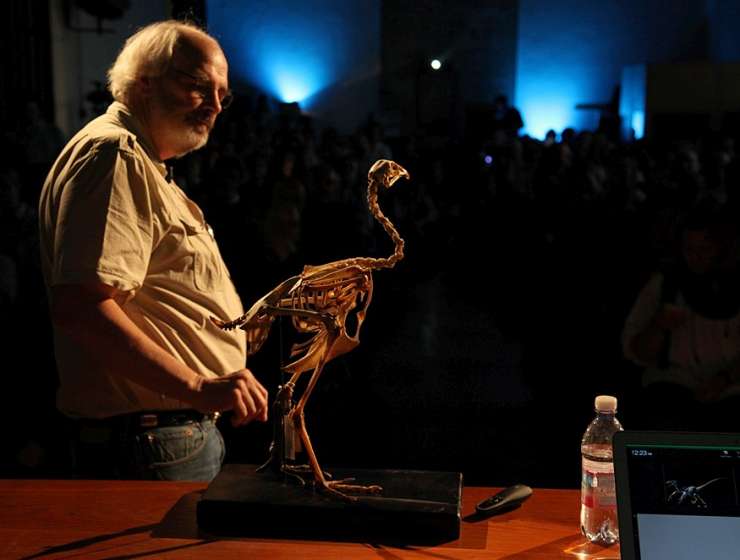 Paleontologist Jack Horner will retire June 30 from Montana State University, but the internationally renowned professor will hardly slow down. Horner said he plans to continue his career indefinitely.

Horner’s reputation grew in the 33 years he was at MSU as he built the largest Tyrannosaurus rex collection in the world and discovered the first dinosaur eggs in the Western Hemisphere, which established him as a leader in the now firmly held belief that dinosaurs were more like birds than reptiles.

Horner took a few minutes to discuss a variety of topics, including highlights of his career, his passion to help young dyslexics and what it’s like to work with filmmaker Steven Spielberg on the Jurassic Park movies.

Story Continues
montana.edu
What Do You Think Of That Genius?